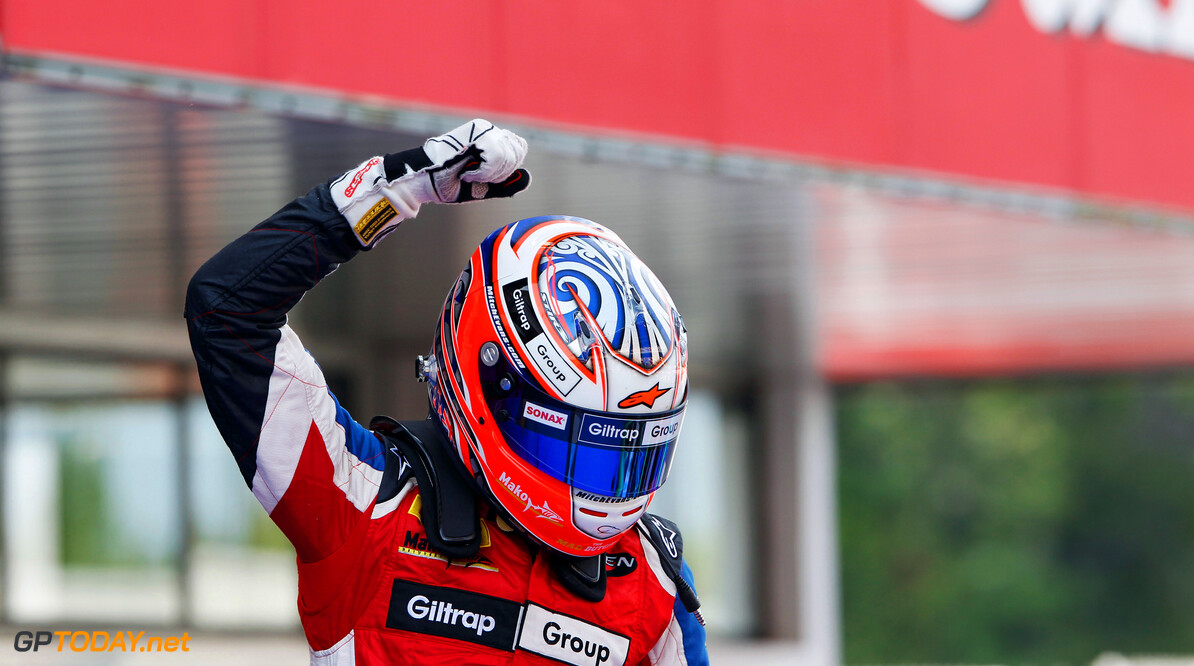 This years GP3 winner, Mitch Evans, was presented with a 200,000 Euro prize fund by Pirelli at the end of season gala in Milan last Sunday night.

The prize fund will go towards a GP2 drive next year, in line with Pirellis philosophy of helping a young driver rise up through the ranks all the way to Formula One.

Pirelli has supplied the GP3 Series with tyres since the 2010 season, and in that time the nine drivers who have successfully moved onto GP2 include championship frontrunners Esteban Gutierrez (Pirellis inaugural GP3 champion) and James Calado, the winner of a Pirelli scholarship in Abu Dhabi last year.

Valtteri Bottas, the winner of the GP3 Series last year, has since moved on to a third driver role in Formula One at Williams, regularly driving the car in Friday free practice, while last years Pirelli-equipped GP2 winner, Romain Grosjean, is now a race driver at Lotus.

After a strong season, during which he won three races for the MW Arden team and finished on the podium a further three times, New Zealander Evans  a protégé of Formula One driver Mark Webber  is aiming to follow in their footsteps.

Presenting Evans with his prize in Monza, Pirellis Racing Manager Mario Isola commented: "In our three years of supplying the GP3 Series with tyres, we were privileged to see what was almost certainly the strongest and most competitive season yet: a sign that the future of motorsport is in very safe hands. After 16 races on eight different circuits, the title was decided on the penultimate lap of the year, with a winning margin of just two points. Evans consistently showed that he had everything it took to succeed by leading the championship for most of the year and qualifying strongly, and that is why we are absolutely delighted to offer him this important 200,000 Euro prize towards next years GP2 season. This award helps to extend our ladder of talent, which is designed to take the most skilled young drivers all the way to Formula One using our tyres."

Evans added: "It's a very nice prize from Pirelli, which Im very grateful for. It makes the transition to GP2 even more attractive, which I think is the ultimate step for me. This year has been an emotional rollercoaster and my phone has been going crazy since the last race, so well be working hard in the off-season to put a GP2 budget together. Right now, I just want to soak it all up and enjoy the next few months before testing starts again!