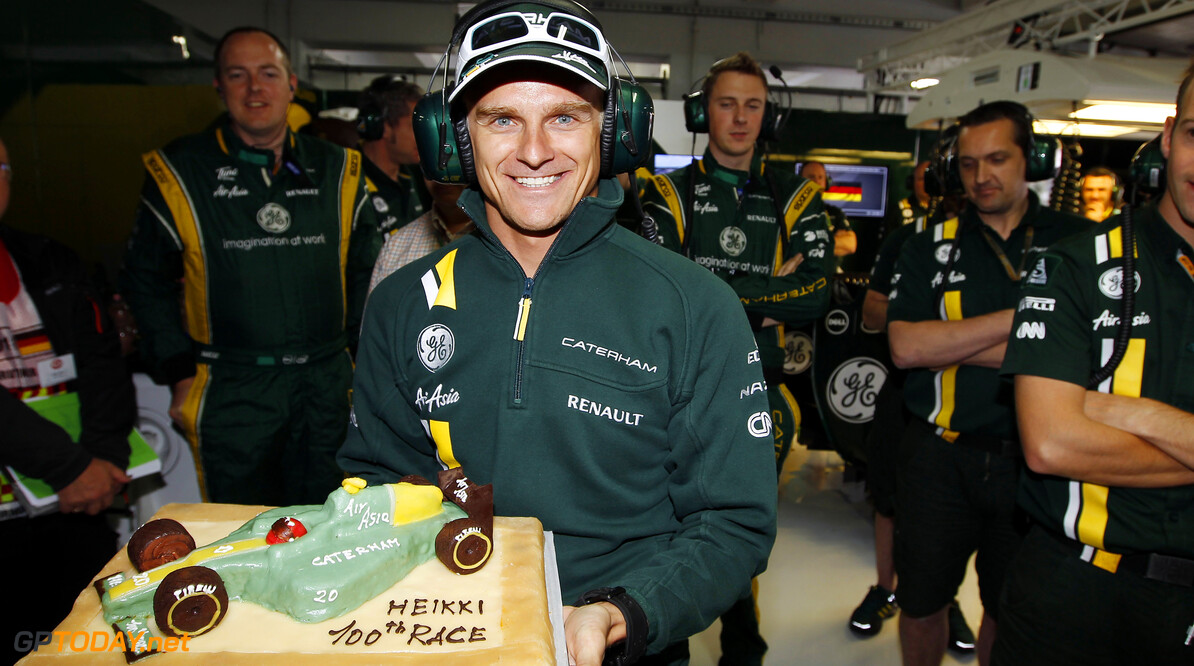 Kovalainen could have chosen 'middle team' over Caterham

Heikki Kovalainen has revealed he could have avoided racing straight to the back of the grid after losing his top McLaren seat at the end of 2009. In fact, the Finn signed on with the (then Lotus) Caterham team, whose only real opponents in the last three seasons have been the other 2010 startups Marussia and HRT.

"I had other options, but not with any big teams -- teams that were in the middle of the pack," Kovalainen told Brazil's Totalrace. "I didn't see any great opportunity and so I preferred to go with a brand new team," he added.

It is a vastly different approach to that which might be taken by Felipe Massa, who after seven seasons with fabled Ferrari has ruled out moving to a small team in the event he is dropped at the end of 2012.

"It (signing with Caterham) was a risky move, but I don't see I would be in a much better situation had I chosen a middle team," Kovalainen explains. "I chose to restart from scratch, changing many things -- my routine, my training, everything basically. For me, choosing to start with a new team made me a better person, a better driver. Maybe Felipe's situation is different to mine, I don't know if my plan would work well for him."

Kovalainen said he is yet to start talks with Caterham boss Tony Fernandes about staying for the 2013 season. "At some point we'll have that conversation," he insisted. "For me personally, I want to go back to always fighting for the podium, but I don't know what the future is for me. I don't have much to say about it (now)." (GMM)
F1 News Felipe Massa Ferrari McLaren Lotus F1 Marussia HRT
<< Previous article Next article >>
.