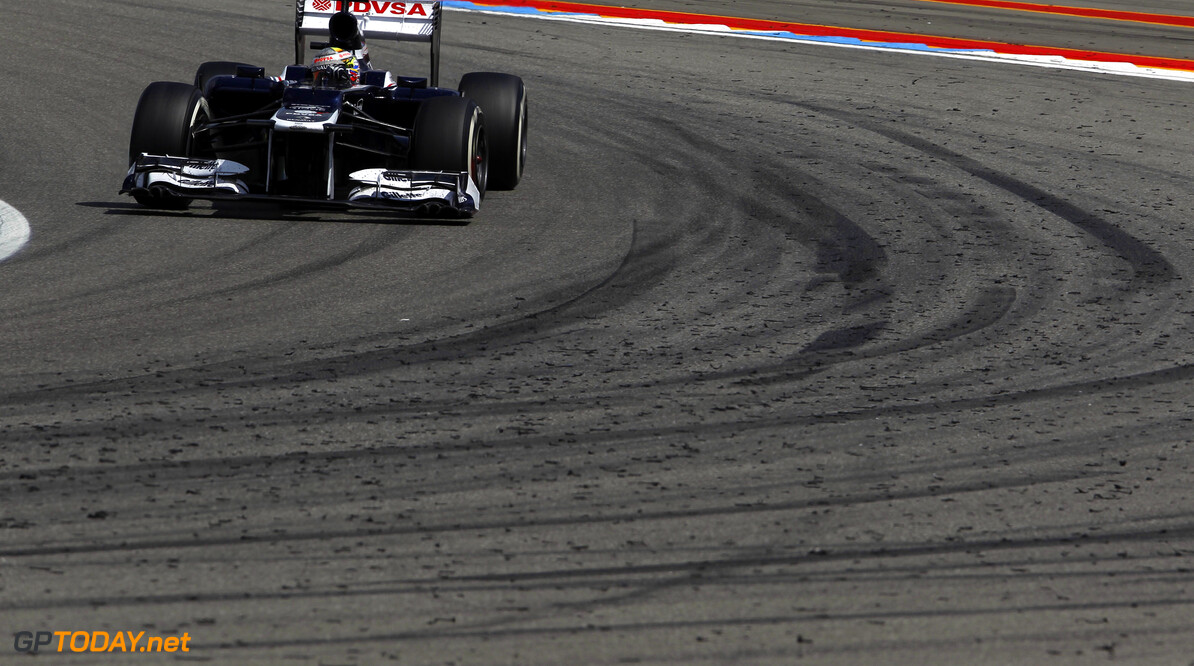 Pastor Maldonado insists it is not fair if he is gaining a reputation as a 'crash driver'. Sauber's Sergio Perez was furious with the Venezuelan after their clash at Silverstone, which was one of just several incidents blamed on the Williams driver so far in 2012.

Barcelona winner Maldonado's latest run-in was with Paul di Resta in Hungary, earning him a drive-through penalty. "There was a small contact, but this is racing," he is quoted by Sapa-AFP news agency. "I saw Raikkonen and Grosjean (battling) and it was more or less the same." Maldonado also told the online GP Week magazine: "They're normal mistakes. If you look at other drivers, they've done the same in the past."

He also suggested the spotlight has been shining more brightly on him since becoming a grand prix winner earlier this year. "Before I won the race nobody was here, now everyone is here," said Maldonado, referring to the big media-scrum surrounding him in Hungary. "I made a couple of mistakes, that's it." (GMM)
F1 News Pastor Maldonado Sergio Perez Williams Sauber
<< Previous article Next article >>
.