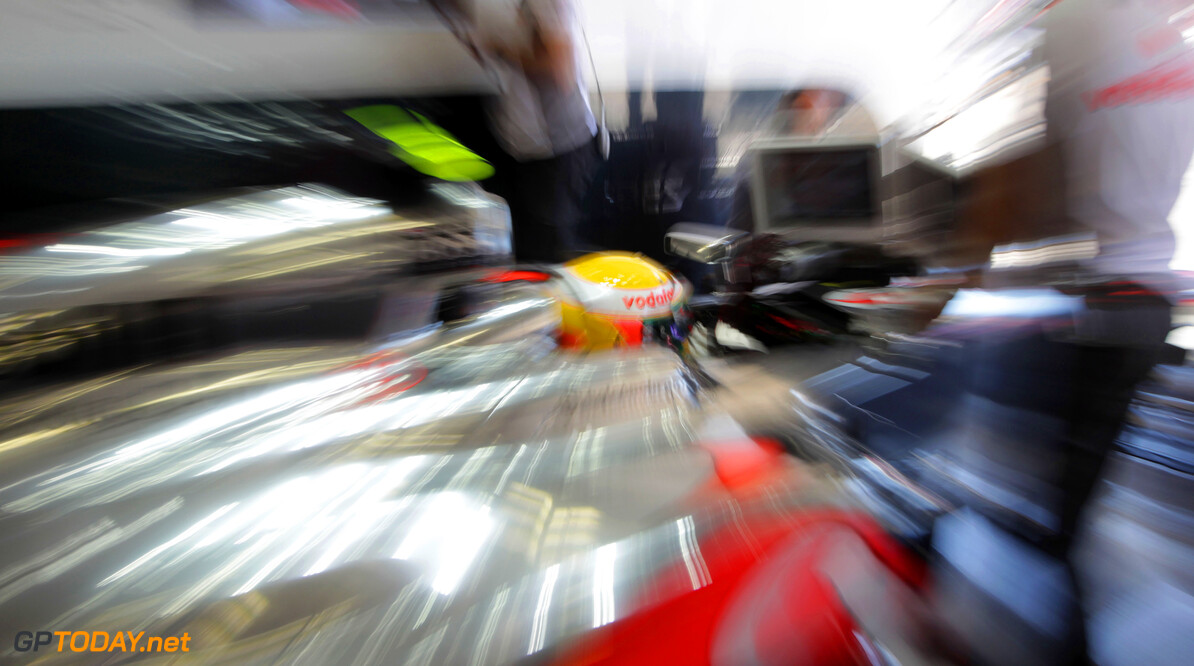 McLarens Lewis Hamilton gave the spectators a boost at a wet Silverstone on Friday afternoon as he set the fastest time in Practice Two, just edging out session-long pacesetter, Sauber's Kamui Kobayashi. Hamilton lapped in 1m 56.345s, just faster than Romain Grosjeans best time of 1m 56.552s in the Lotus from the morning, and 0.129s faster than the Kobayashis 1m 56.474s.

Behind them, Michael Schumacher made a late charge for Mercedes to take third with 1m 56.545s, with team mate Nico Rosberg again shadowing him with 1m 56.567s. Sergio Perez was fifth in the second Sauber on 1m 57.493s, with Jenson Button giving himself a fillip with sixth best time of 1m 57.948s in the second McLaren.

Heikki Kovalainen gave Caterham something to smile about with seventh on 1m 58.580s ahead of Lotuss sole runner Kimi Raikkonen on 1m 58.897s. Grosjean stayed in the garage to conserve his tyres in this session.

Nico Hulkenberg was the faster Force India runner on 1m 58.943s after sitting it out in the morning, while Ferraris Fernando Alonso was 10th on 1m 59.015s before removing his F2012s front wing with an off right at the end.