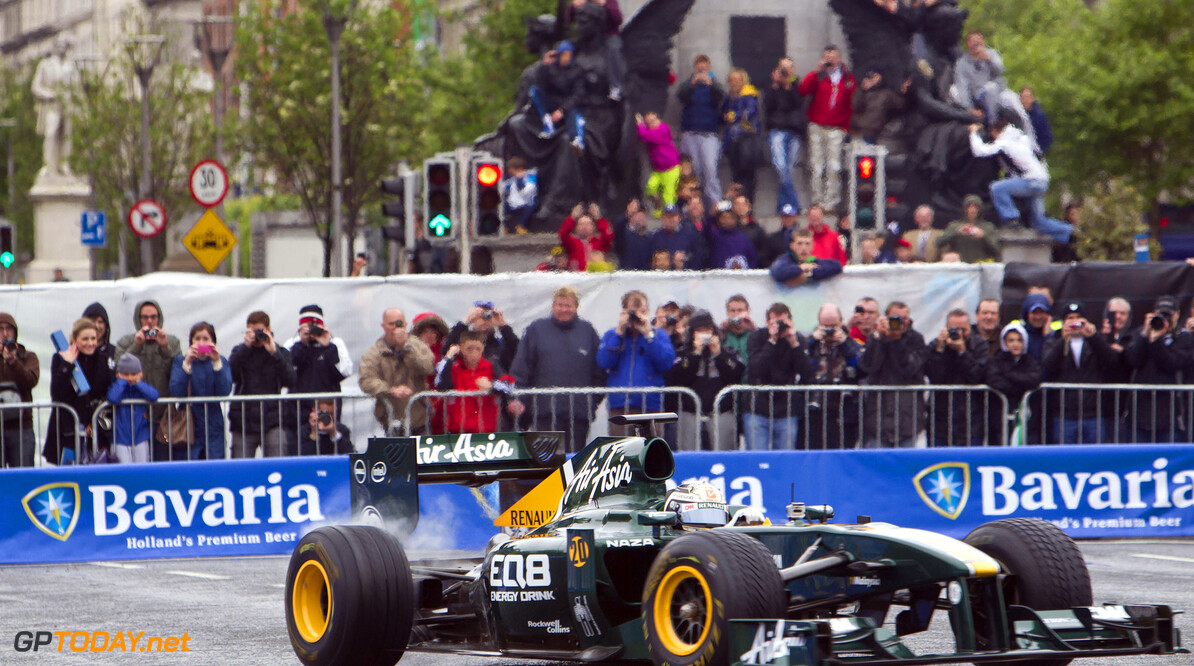 Caterham F1 Team has confirmed that Reserve Driver Giedo van der Garde will be taking part in the City Racing Rotterdam event on 26th August in Holland. Both the Caterham F1 Team race drivers have taken part in previous City Racing events, with Heikki Kovalainen driving a Renault F1 car in 2008 and Vitaly Petrov also in a Renault F1 car in 2010 in the Netherlands largest Formula 1 event.

Giedo is delighted to be taking part in such a big event in front of his home crowd: "For years I have been following City Racing Rotterdam and Im delighted that the organization has invited Caterham F1 Team and me to take part. I will make sure that the huge crowd will not be short of excitement! Last weekend I took part in the Goodwood Festival of Speed in England and I am looking forward to showing all the fans the Caterham F1 Team car and we will make sure we put on a spectacular show."

Rotterdam Racing is delighted Caterham F1 Team and Giedo will be at the event on 26th August. City Racing co-organizer Herman Vaanholt said: "We are happy to add Giedo and his team to our line-up. He is joining a list of Dutch drivers who have taken part in our previous events including Albers, Doornbos, Tung and Verstappen. We are proud that yet again a Dutch driver will be driving a Formula 1 car at a City Racing event and with Caterham F1 Team and Mercedes AMG Petronas team also taking part, with Nico Rosberg driving, we are showing that even in challenging times for the event business City Racing keeps our standards at the highest possible level."

Preparations for the eighth edition are in full swing and everyone associated with the event is working hard to put on a spectacular program. Besides Van der Garde and the Caterham F1 Team car a number of other names have already been confirmed including Mercedes AMG Petronas with Nico Rosberg. In addition to the Formula 1 cars stunt driver Terry Grant will be taking part and will again put on a spectacular show for the fans. More names will be added to the line-up in the next few weeks for the eighth edition of City Racing.
F1 News Nico Rosberg Renault Mercedes Caterham F1
.