Column: Who could fill the Ricciardo-sized hole at Renault in 2021?

On Thursday, Daniel Ricciardo confirmed that he will leave Renault at the end of the 2020 season to join McLaren alongside Lando Norris.

The announcement comes as a big blow to Renault, who finally secured one of the grid's superstars that has proven himself at the front of the F1 field.

There are no secrets around the fact that when Ricciardo moved to Renault from Red Bull in 2019, he was provided with a very healthy wage, along with the promise of a brighter future.

While Ricciardo's pockets may be a little heavier, the Australian wasn't adding to his trophy cabinet, and there was little evidence to suggest that Renault was heading that way in 2019 after three solid years of growth since 2016.

Esteban Ocon is locked in at Renault for 2021, but who his teammate could be remains a mystery.

It is quite likely that the seat will not be filled for some time, as Renault assesses its options and decides who it wants to sign in order to boost the team going forward.

As ever when a seat opens up in F1, two-time world champion Fernando Alonso's name gets thrown in the mix of competitors. 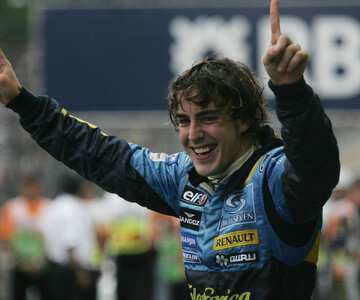 Is there reason to believe that this time around, there may be more of a chance to see the Spaniard back in F1? Possibly. Alonso's two world championships came with Renault in 2005 and 2006 - could it be that to round off his time in F1, he will have one last go with the team that took him to the next level in the sport?

The only issue for Alonso is that it appears unlikely that Renault will be fighting at the front of the field in the next handful of years. His radio messages, belting his frustrations while at McLaren are well-remembered.

Alonso is a winner through-and-through, but is he willing to make a compromise and return to Renault, to guide them towards the front? It would save Renault some face - they would regain their status of having a superstar and would be pushed to meet the high demands from Alonso.

Should that fail to transpire, Renault has two young guns waiting in the wings. Christian Lundgaard and Guanyu Zhou will both compete in Formula 2 this year, and, as part of the Renault academy, will be looking to impress their bosses and make the leap to F1. 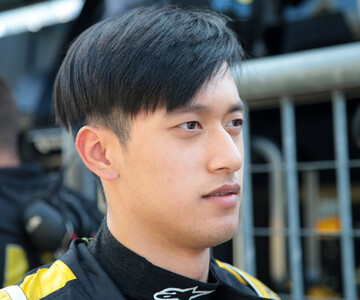 Lundgaard and Zhou will race for ART Grand Prix and Uni-Virtuosi respectively in 2020, two teams that were frontrunners last season. Zhou already has a year of F2 under his belt, while Lundgaard joins the grid after one term in Formula 3.

Renault recently stated that it is hopeful of providing Lundgaard with a step to F1, and the Dane himself confirmed prior to news of Ricciardo's departure that he was aiming for the seat should the possibility arise.

But strong F2 seasons are required for both drivers in order for them to obtain the 40 super licence points needed to compete in a grand prix.

If not Alonso, Lundgaard or Zhou - then who?

If Alonso is not a possibility, and Lundgaard and Zhou fail to meet requirements necessary to proceed into F1, what options are the team left with?

Would Renault be too red-faced to call up Nico Hulkenberg, the driver it ousted from the team at the end of 2019, and ask him to come back? Hulkenberg himself recently said he would return to the sport if he was offered a drive that would see him compete within the top ten - a box that Renault ticks.

Sebastian Vettel is out of contract, and convincing a four-time world champion to join its outfit would be a remarkable achievement, considering the seemingly backwards step it took in 2019.

Should Mercedes decide that George Russell is ready for a step up to the world champions from Williams alongside Lewis Hamilton, that move could see Valtteri Bottas form a new partnership with the French manufacturer.

There are multiple opportunities right now for Renault - but there is only goal, which is to win races and championships. Regardless of who is brought in next, the endgame is very much the same - and any driver, whether they possess all the experience or not, will have to carry that pressure.