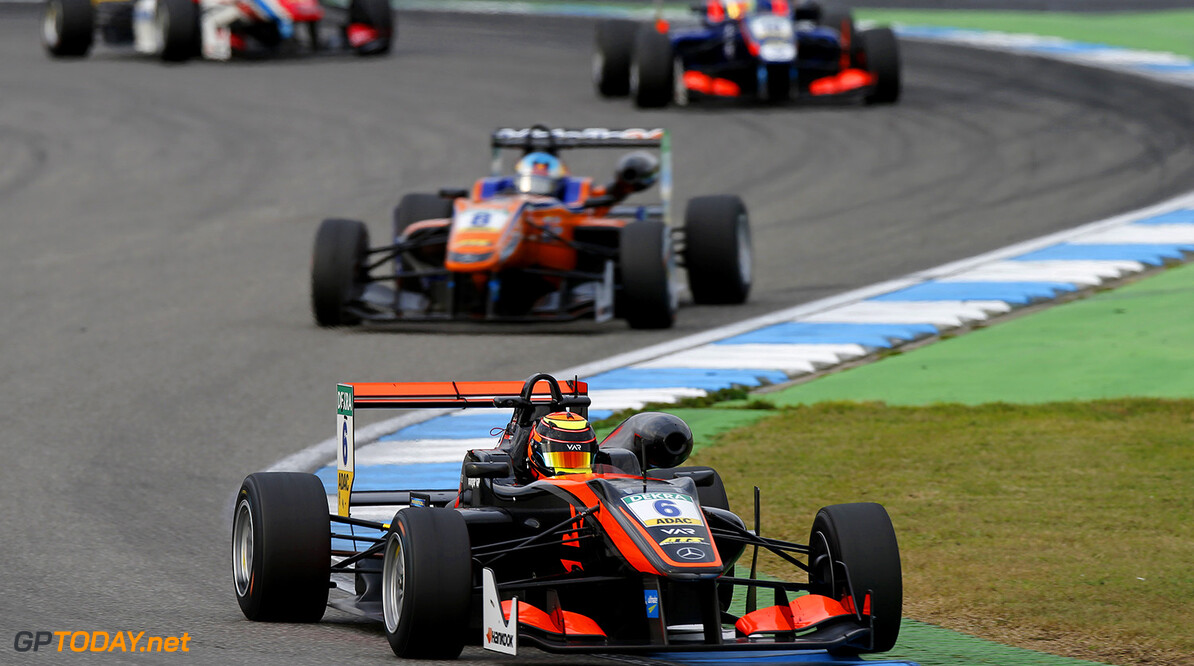 Callum Ilott has won the final race of the Formula 3 weekend, making it three different winners from three races. Ilott started the race from pole position but was overtaken on the first lap by Joel Eriksson.

Eriksson controlled the pace for a number of laps before Ilott ramped up the pace, and retook the lead. Eriksson couldn't attack again, leaving Ilott to comfortably take the chequered flag.

Eriksson settled for second, while Lando Norris had to recover after making his second poor getaway of the weekend. The McLaren junior driver started second but lost many positions off the line. However, he fought back to take a step onto the podium.

Prema drives Mick Schumacher and Guanyu Zhou started the race relatively high up the order, but both were involved separate incidents which dropped Schumacher to the back and forced Zhou to retire from the race.