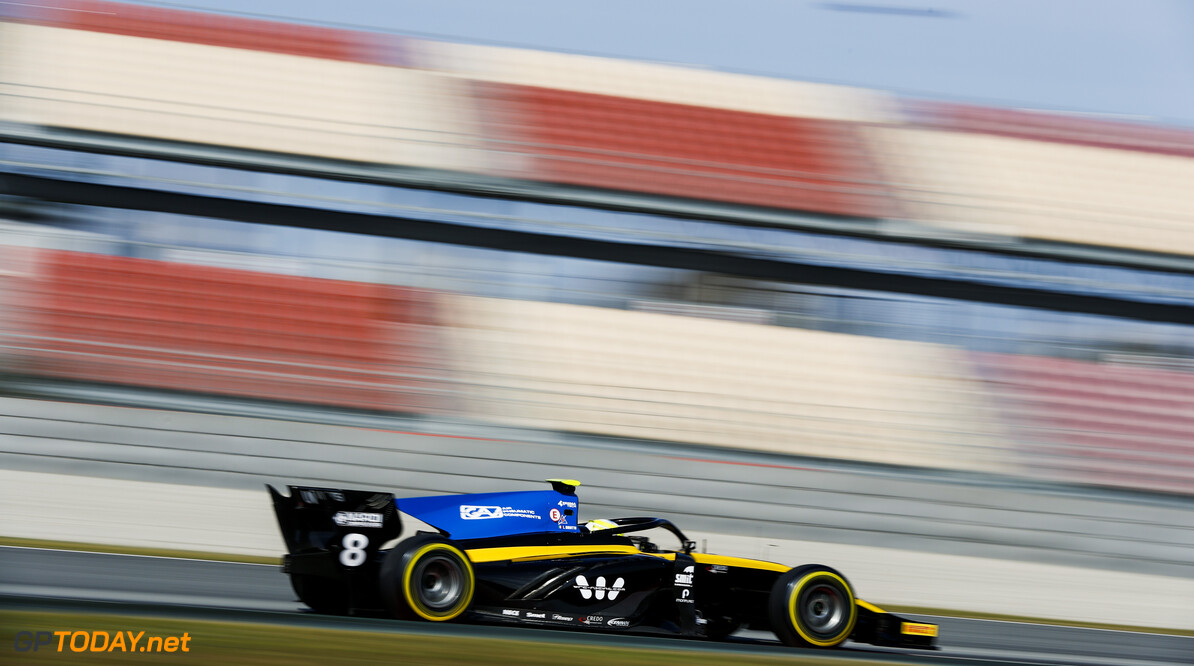 Luca Ghiotto has topped the Formula 2 practice session in Barcelona, stretching clear of the rest of the field.

The Italian was just over four-tenths ahead of championship leader Nicholas Latifi, who will be looking to further his advantage at the top this weekend.

Latifi was marginally ahead of Sean Gelael, who was the leading Prema. The second Virtuosi of Guanyu Zhou was fourth, ahead of Latifi's teammate Sergio Sette Camara.

The Brazilian had an issue during the session when he went for a practice start, which was cause for the marshalls to push him back into the pit lane.

Jack Aitken, who is the third race winner this year after Ghiotto and Latifi, was sixth. The Briton finished ahead of Nobuharu Matsushita and rookie Mick Schumacher.

Nyck de Vries was ninth while rounding out the top ten was Anthoine Hubert.

There was a short red flag period during the 45 minutes of running, as American Juan Manuel Correa spun at the final corner and found himself in the gravel.

Qualifying for the third feature race of the season starts at 16:55 local time in Barcelona on Friday evening.