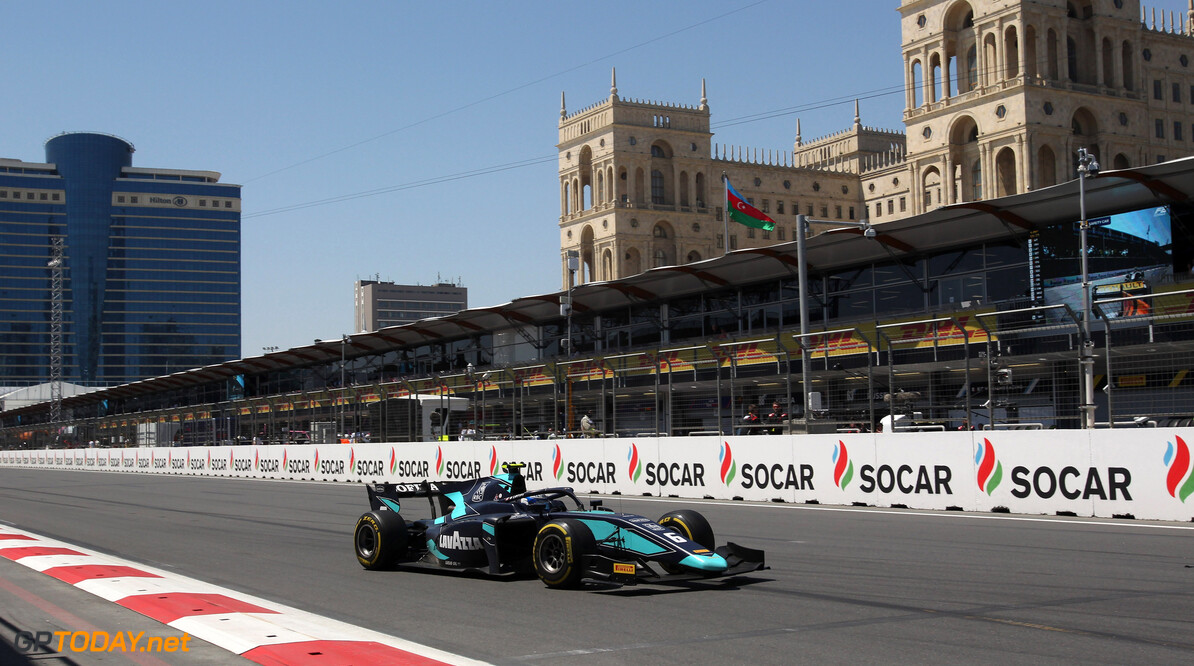 Nicholas Latifi has taken his second win of the 2019 Formula 2 season, beating Juan Manuel Correa to the chequered flag.

The Canadian started the race in fifth place, and made his way through the field as a number of collisions occurred around him.

The first of three safety cars was called on the opening lap, as Tatiana Calderon locked up at Turn 2, taking herself, Louis Deletraz and Ralph Boschung out of the race.

Off the line, Sean Gelael bolted from third on the grid to take the lead into the first corner, ahead of Nikita Mazepin and Correa.

Latifi soon made his way into the podium positions by overtaking Correa for third place, and three laps later, got by Gelael to take the lead of the race.

Gelael continued to struggle and slipped out of the podium place, getting overtaken by Correa and Jack Aitken in the space of two corners.

The second safety car was called when Giuliano Alesi hit the wall while battling the Virtuosi car of Guanyu Zhou. Following the restart, the final safety car was immediately called after a coming together at Turn 2.

Luca Ghiotto, Mazepin and Jordan King all hit the barrier, which forced race control into bringing out the safety car again, ensuring the race would finish under a time limit.

With two laps to go, the safety car peeled in and Latifi drove to the victory, while Aitken moved past Nyck de Vries, who had made his way up to the podium positions.

Mick Schumacher, who retired from Saturday's race, overtook teammate Gelael towards the end to ensure a fifth-place result - his best of the season so far.

Sergio Sette Camara was sixth, leading Dorian Boccolacci and Gelael, who managed to fend off Caluk Ilott on the last lap to secure the last points paying position.