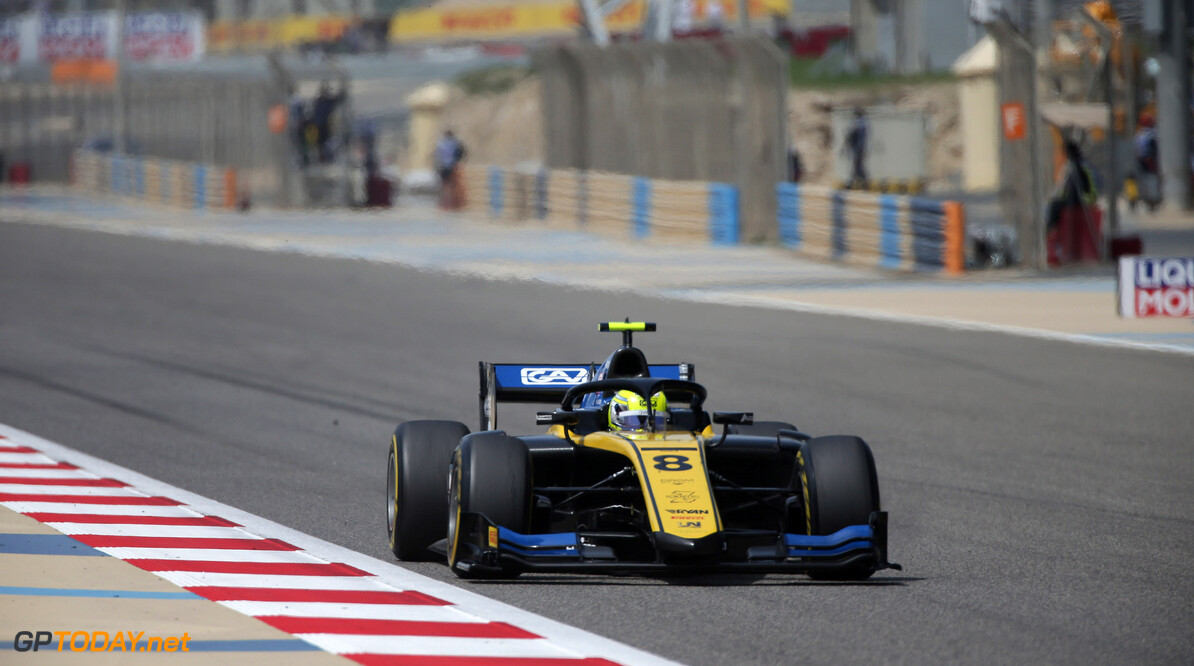 Ghiotto makes use of fresh tyres to win sprint race

Luca Ghiotto has won the sprint race in Bahrain after opting to make a pit stop during the race while in the lead.

Ghiotto started the race on the medium tyres but on lap 13, the UNI-Virtuosi team called him into the pit lane after seeing the strong difference between worn medium tyres and fresh softs.

The Italian dropped down towards the rear of the field after making his stop but fought his way back through and took the lead off Sergio Sette Camara, who narrowly headed teammate Nicholas Latifi for the final two places on the podium.

The win was reminiscent of Charles Leclerc's victory two years ago, who ran the same strategy for Prema to take the win.

After starting the race from pole position, Mick Schumacher ended the race in sixth place. The Ferrari junior held his lead off the line, but by lap four, found himself in fourth place behind the aforementioned drivers.

Towards the end of the race, he was involved in a close battle with Louis Deletraz, however the Carlin driver managed to eventually stay ahead.

The two were then passed by the second UNI-Virtuosi car of Guanyu Zhou, who crossed the line in fourth place.

Nyck de Vries secured the fastest lap of the race, as he too made a pit stop for the soft tyres during the race. The Dutchman struggled in traffic and lost a bit more time, but scored points ahead of Jordan King in eighth, who took the last point on offer.

De Vries was under investigation early on in the race, alongside Jack Aitken and Deletraz. The three came together on the opening lap of the race, but all escaped without damage.

Juan Manuel Correa was forced into pit stop after coming together with King on lap 8 and suffering a puncture.