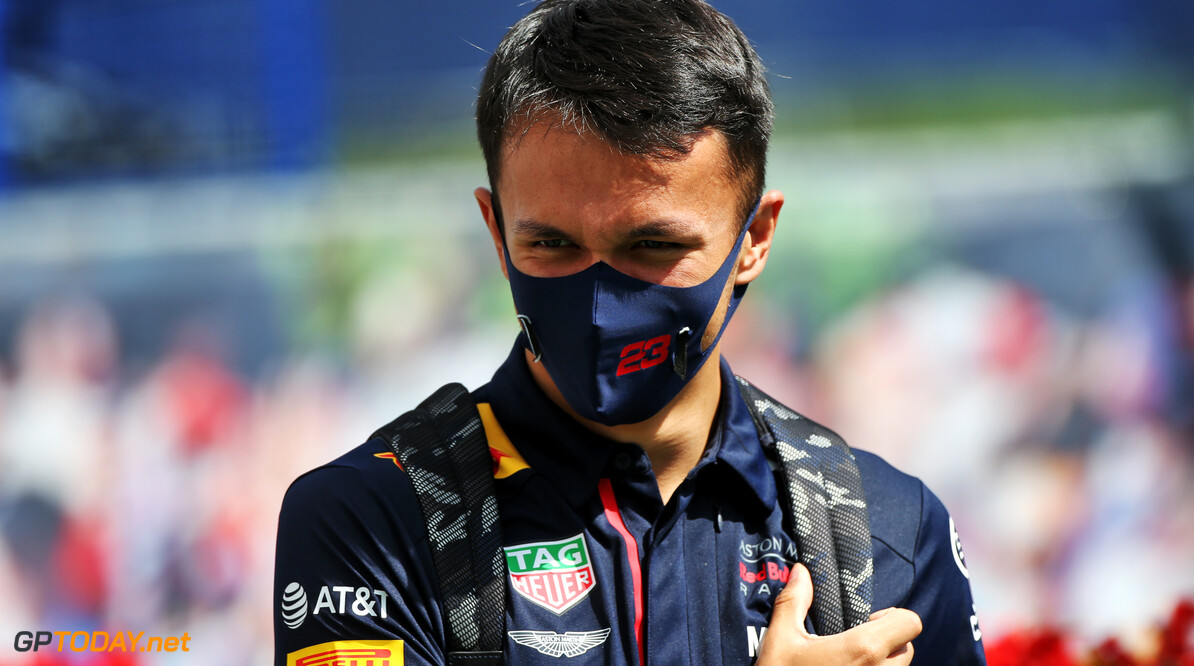 The Thai-British driver equalled his best career result of fourth place at the Red Bull Ring but finished over ten seconds down on teammate Max Verstappen, who completed an extra pit stop.

At the first race in Styria, Albon launched a late-race challenge on Lewis Hamilton for second place, but was sent to the back of the field after contact was made between the two.

Writing in his preview column, Horner said: “I was asked some questions about Alex's early race pace [at the Styrian GP], but let's remember that he came off the back of a strong weekend the previous week where he was challenging Lewis for victory.

“It just shows how people have a short memory in Formula 1 and they’re quick to forget things.”

MORE: Perez feels 'lucky' to only lose one position after Albon crash

Horner explained that Albon was managing a potential blistering issue during his first stint on the soft tyre, but was pleased with his second stint on the medium, which saw him match Valtteri Bottas' pace and hold off Sergio Perez in the Racing Point.

“During his first stint on the soft tyre, we were concerned about potential blistering on the front right, so he was managing his pace to ensure he was able to achieve the target lap for his pit stop,” Horner commented.

“This meant he gave away significant pace to the cars ahead, but as soon as he changed to the medium compound, he was back on pace.

“If you look at the analysis, Alex was within a tenth of Bottas, who was chasing Max. He also did a very good job in holding off a very fast Sergio Perez at the end of the race.

“Alex's feedback is very good and he and Max work well together which allows us to try different things on each car and make accurate comparisons, which is what we did in Austria.

“Alex is improving with experience, he has a good feel for what the car is doing and that's very encouraging. We all want him to succeed and let’s not forget he’s only done 11 races with the team whilst Max is in his sixth season.”