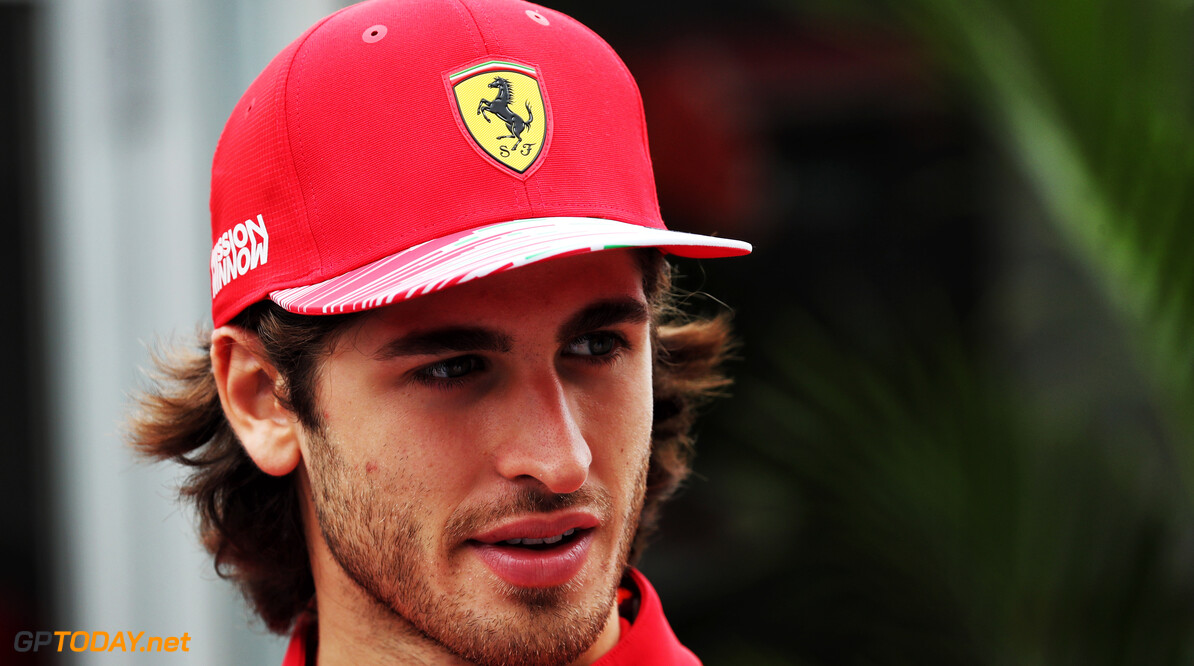 Antonio Giovinazzi is not giving up hope of one day driving for Ferrari, despite not receiving the seat left vacant by Sebastian Vettel.

Last month, Ferrari announced that it would not be continuing with Vettel beyond the 2020 season, leaving the four-time world championship's future in Formula 1 in major doubt.

Giovinazzi was rumoured to be a candidate as his replacement, having had connections with the team since the end of 2016 - however the seat was filled by Carlos Sainz.

Last year Giovinazzi made his full-season debut in F1 for Alfa Romeo. The Italian scored four top-ten finishes throughout the year, ending the campaign 17th in the drivers' standings.

Giovinazzi affirms he still remains part of the Ferrari group and is confident that if he works hard, he will find himself in a better position to receive the promotion.

“I’m still part of that family and I was really happy to have at least maybe the possibility to take that seat,” Giovinazzi told Sky Sports F1.

“In my career I never had something easy, I always fight. And I think now was maybe not the right time after 23 grands prix. Last year I grew up really well during the year, but this year we haven’t raced so it’s really difficult for me.

“I’m still young so I’m sure if I continue like that and continue to fight, really work hard I can have that possibility.”

Giovinazzi not focusing on comparioson to Leclerc

Charles Leclerc, who joined Ferrari in 2019, had just one year of F1 racing under his belt before he was called up alongside Vettel.

Giovinazzi brushed off any comparison to the situation, stating that his car struggled in the second half of the year to Leclerc's Sauber C37, which only improved as the year went on.

“I know that Charles also had one season and then went to Ferrari straight away, but from my side, if we’re looking back, we struggled also in the second part of the season with the car,” he said.

“So, also if I grew up like a driver, the result was not really there. I’m sure that still working with Alfa Romeo, still we can do a great result together and this is my main target for now because it’s my team now.

“In the future we will see. I’m still a Ferrari driver so I’m sure I can maybe have the opportunity.”