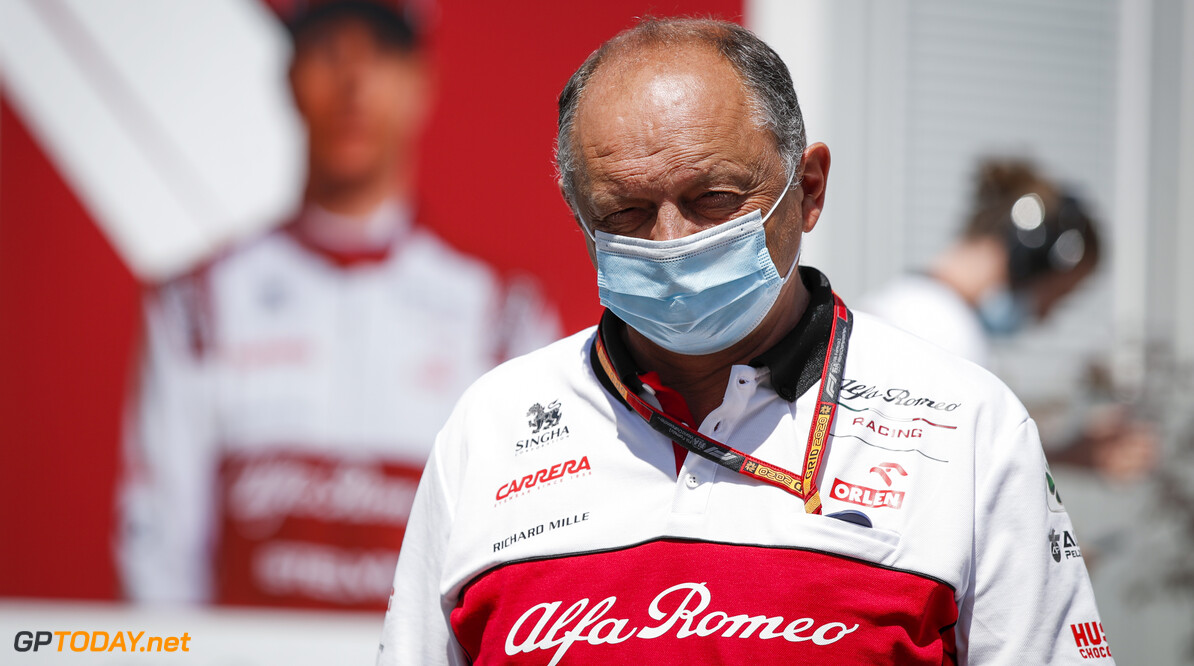 Vasseur confident Alfa Romeo are going in the 'right direction'

Alfa Romeo team principal Frederic Vasseur is convinced that the team is move in the right direction towards constant points finishes this season, despite struggling to crack the top ten in Austria.

Neither Kimi Raikkonen nor Antonio Giovinazzi was able to progress out of Q3 during last Saturday's qualifying for the Styrian Grand Prix. Raikkonen fought back during Sunday's race but just fell short of a points finish in eleventh.

The team did come away from the season-header with points, however, as Giovinazzi managed to finish ninth in the season-opening Austrian Grand Prix in a race that saw a string of retirements, Raikkonen among them, after his front right wheel detached coming through the final corner during a late safety car restart.

Despite the poor showing in the opening rounds from the team, Vasseur is confident that the team can improve in Hungary and continue to make progress as the season goes on.

Vasseur noted how the team were able to progress between the Austrian and Styrian Grands Prix, and hoped that the team could continue that improvement into this weekend's race at the Hungaroring.

"We got so close to the points but in the end, we couldn’t clinch that all-important 10th place,” Vasseur said.

"It’s disappointing to leave empty-handed, but we definitely have a lot of positives to take with us. Our pace was an improvement and we could fight on track with cars that used to be ahead of us.

"Starting from the back after qualifying put us on the back foot and so did the time Kimi lost having to avoid the Ferrari crash, but that we could recover to nearly claiming another top ten was a sign of things going in the right direction.

"We will need to carry this momentum to Hungary next week."