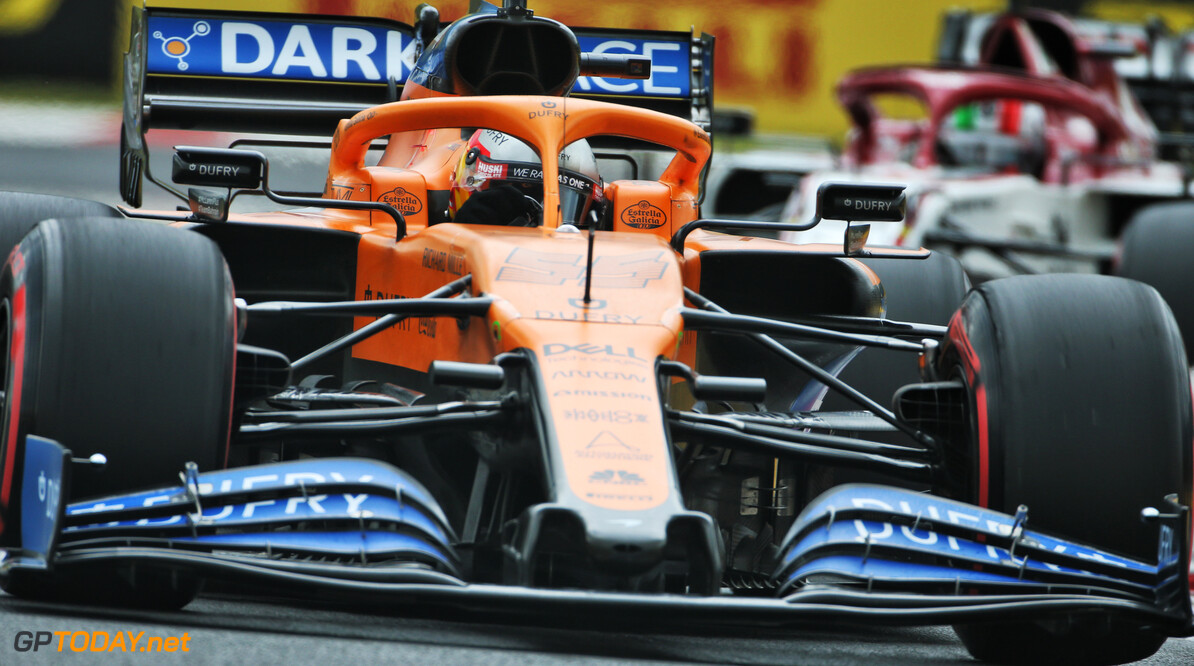 Sainz under investigation for blocking Giovinazzi during Hungary qualifying

Carlos Sainz has been summoned to the stewards for allegedly impeding Antonio Giovinazzi during qualifying for the Hungarian Grand Prix.

During Q1, Giovinazzi was forced to back off as he came up behind the McLaren duo, the first of which was Sainz.

The Italian's lap was destroyed after he had a previous time deleted for extending beyond the track limits enforced by the FIA this weekend.

Sainz will meet with the stewards at the Hungaroring at 16:30 local time, where he could face a grid drop from his qualifying position of ninth.

Last weekend, his teammate Lando Norris was demoted three positions after he was found guilty of overtaking cars under yellow flag conditions.

McLaren couldn't replicate its qualifying result from the Styrian Grand Prix in Hungary, as it found itself out-qualified by rivals Racing Point, Ferrari and the Red Bull of Max Verstappen.