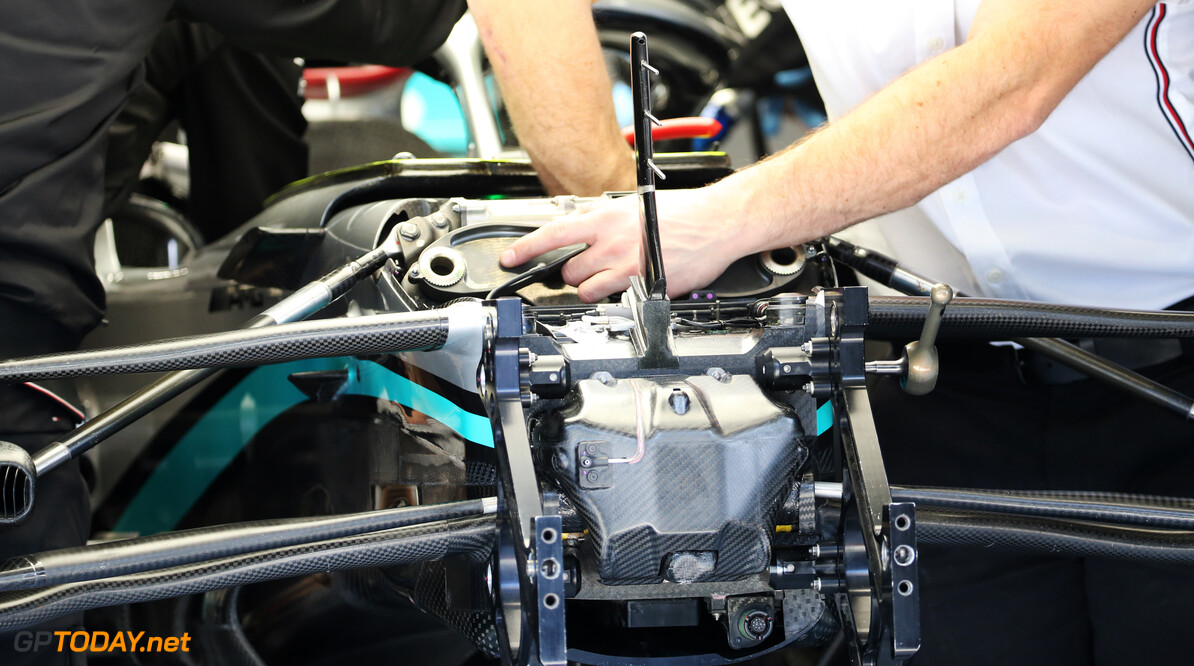 Mercedes wanted to introduce DAS in 2019

Mercedes technical director James Allison has revealed that Mercedes originally wanted to introduce the dual axis steering (DAS) system on its cars in 2019.

However, when it proposed the design to the FIA, the governing body was unhappy with the lever that the team was using initiate the system, causing the Silver Arrows to go back to the drawing board.

DAS was first noticed publicly at pre-season testing earlier this year, and involves fore and aft movements of the steering wheel, which changes the toe angle of the front wheels.

“We first wanted to introduce this in 2019,” said Allison. “We took our ideas to the FIA, showed them, explained why we thought it was legal.

“They begrudgingly agreed the dual axis steering was actually legal. But they didn’t much like the way we’d done it because the second axis we were getting from a lever on the wheel rather than that whole wheel movement.

“They said ‘no, you’re going to have to move the whole wheel in and out’. I think when they said that, they were hoping that would be too difficult and that we would go and cause them no more problems.”

Despite the FIA having said no to the initial design, Allison praised Mercedes' chief designer John Owen who ensured the system could be legally incorporated.

“We've got a very inventive chief designer John Owen. He took one look at that challenge, and he’s got a really, really good gut feel for whether something is do-able or not.

That’s a really helpful characteristic because it allows us to be quite brave spending money when most people would feel the outcome was quite uncertain. But John has a good feel for whether he’s going to be able to get out of the woods and into fair ground again.

“So John took that challenge on, reckoned he could do it, put it out to our very talented group of mechanical designers and between them they cooked up two or three ways in which it might be done.

“We picked the most likely of those three and about a year after that, out popped the DAS system that you saw at the beginning of this season”