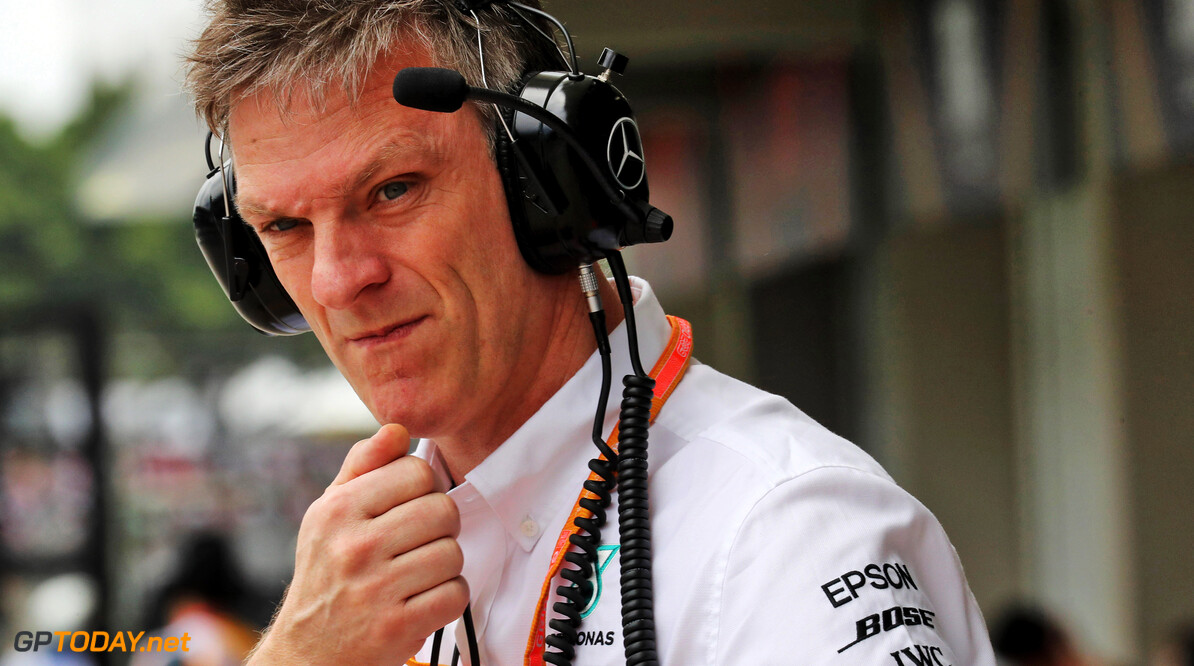 Mercedes technical director James Allison has opened up about when he first joined the German manufacturer, saying he found his first time with the team 'intimidating'.

Allison, who left rivals Ferrari midway through 2016 to be with his family after the passing of his wife Rebecca, joined the reigning champions in 2017 replacing the outgoing Paddy Lowe.

Allison reveals how he felt that the team could continue to be victorious even without him there and that he felt some pressure to meet the standards of the then three-time world champions, while still battling to come to terms with the passing of his wife.

“It was intimidating and I think anxious is the wrong word but I certainly knew that I needed to be performing well in order to have an impact on the place,” Allison told Crash.net. “It was anxiety-making or intimidating in a couple of ways.

“The first is it was a team that had already dominated the sport for three years running and it was a team full of engineers of the highest calibre. It was a very settled team with professionals in every level of the team who absolutely knew their job. Arguably they didn’t need me!

“They would have gone on to great things without my arrival at all and I was conscious that when I walked through the door for the first time that I was walking into a team that I hoped I could play a part in but that team would definitely be blisteringly strong whether or not I showed up.”

Allison spoke about trying to return to work with a team while still battling with the loss of his wife, something he admits that he took very hard to overcome. He hoped that a return to the world of F1 would help him recover a sense of normality to his life.

Allison expressed his gratitude towards team principal Toto Wolff and the Mercedes team for giving him the opportunity to join the team and hopes it was an opportunity that was made good upon his time with the team.

Since Allison's arrival at Mercedes in 2017, both Mercedes and driver Lewis Hamilton has continued to hold on to their respective world titles.

“I was something of a wreck at the time, I am still grieving today four years on, but then I was crying in the car on my way into work and crying on my way home,” Allison added.

“I hoped that I would be useful at work and find my feet again to be able to carve out some sort of world for myself after Becca died but it was more in hope than certainty.

“I didn’t know what the right thing to do was, at the time most of me wanted to crawl into a hole and never come out again but Toto gave me this opportunity and I hoped that as time passed that I would start to feel like I would want to reengage with the world and by the time I was walking in the factory gates at Brackley I was feeling a little stronger and a little more useful.

“I was able to get a sense that despite the pain of losing Becca there was still some use in me. As the weeks rolled by and turned into months and years that gamble that Toto took on me I hope I have repaid by being useful."