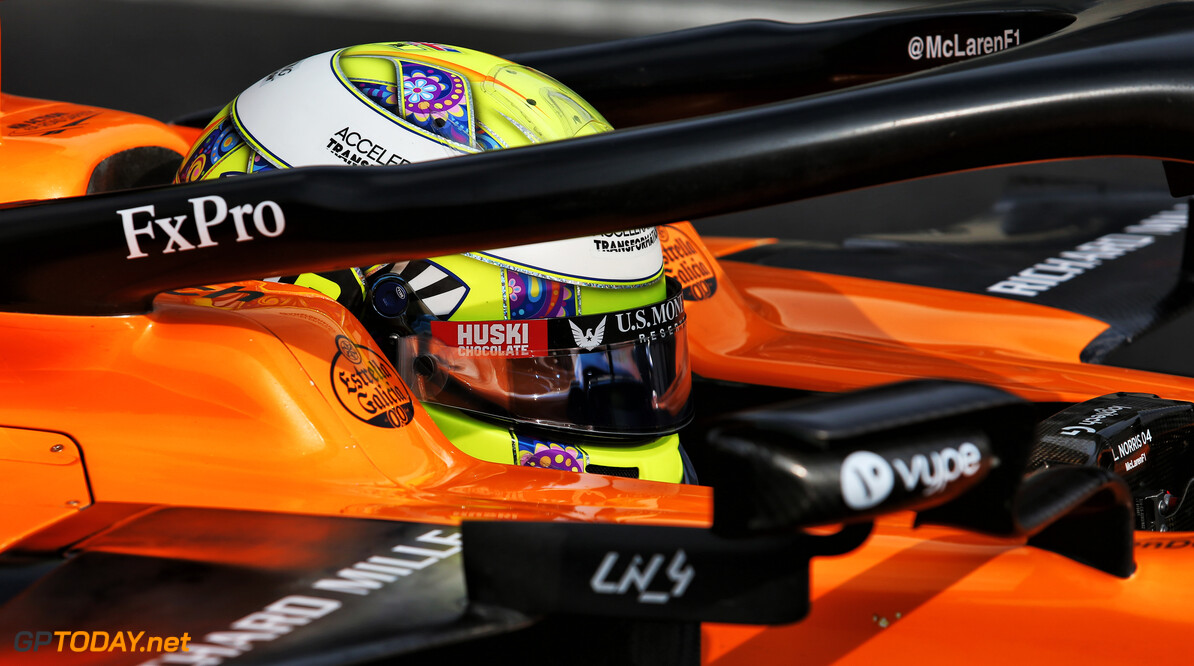 Brown admits signing Norris in 2019 'was a risk'

McLaren CEO Zak Brown recognises that signing Lando Norris to the team on a full-time basis for the 2019 season was a risk.

The Briton made his F1 debut with the Woking squad last year and impressed many during his maiden season, showing strong form in both qualifying pace and race trim.

It was also a positive campaign for McLaren, who managed to overturn their poor performances of previous years and consistently compete at the front of the field.

Norris scored a best result of sixth place twice during the season, and ended up finishing 11th in the drivers' championship with 49.

Despite coming from continuous successful years in junior categories, Brown acknowledges that bringing the 19-year-old into the team had its dangers.

"It was a risk, as Lando was the youngest British driver," Brown told Marca. "But from his first free practice, he was impressive. Even when he ran the Daytona 24 hours with Fernando Alonso there was a debate to see which was the fastest.

"Lando took on the challenge but I knew he was ready when he did his first practice. He was as relaxed as when I saw him on the grid of a Formula Renault race. He seemed calm and immediately had the speed."

Brown also spoke about Carlos Sainz, who also completed his first season with McLaren in 2019.

After spending almost three years at Toro Rosso, Sainz moved to Renault towards the end of the 2017 season, before signing a contract with McLaren.

Brown believes that the high-pressure environment of the Red Bull programme was tough for Sainz, who has found a new home at McLaren.

"Carlos has been outstanding with us," Brown said. "I think he had one-year contracts in the Red Bull-Toro Rosso environment. Obviously Red Bull is a fantastic team, but they can be tough with their drivers.

"I think Carlos is a driver who needs to know that he has a team that supports him and that the next race will not be the last for him. That is a little of the sort of atmosphere they [Red Bull] sometimes create."