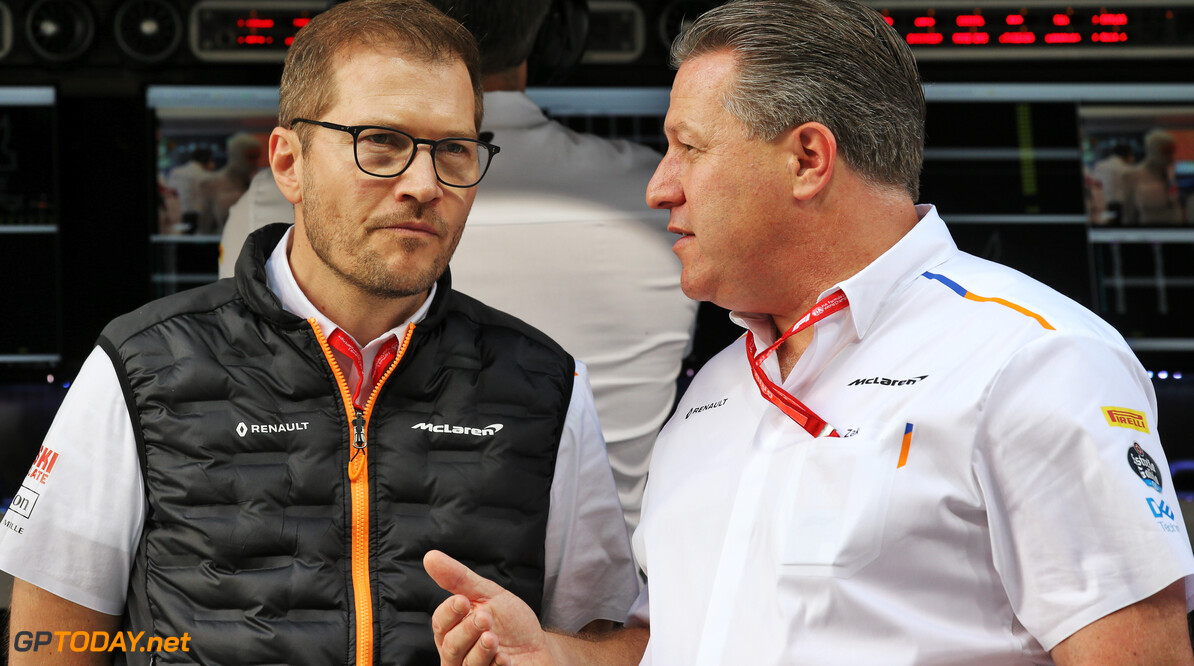 McLaren CEO Zak Brown doesn't believe that his team will make a similar leap in 2020 as it did last year.

Towards the end of the 2018 season, the Woking-based squad was struggling towards the back of the field, as it focused development on its 2019 car.

Last season, McLaren ended the year fourth in the championship standings after consistently comparing at the front of the midfield pack while also claiming its first podium result in five years.

Despite the strong growth, Brown doesn't see a similar leap in form in 2020 due to the stabilisation in the regulations.

"I do not think we will take another equal step between 2019 and 2020," Brown told Marca. "The regulations are really similar, so I do not think that the grid will be very different to how it was.

"There may be some surprises here and there. We are still a young team. James Key [technical director] was not involved in the development of the car last year, but he is now. We will see how it is.

"We feel good about the car we have made for 2020. We will have good and bad weekends, but I hope we continue to move forwards."

In 2021, new regulations will be enforced which will aim to bring the field closer together and shrink the gap between the top and midfield teams.

MORE: Seidl: McLaren aims to run at budget cap in 2021 | Brown hopes McLaren can continue to 'incrementally improve' in 2020

McLaren confirmed last year that it would build its own wind tunnel as it targets a return to the front of the F1 field.

Andreas Seidl, McLaren's team principal, affirmed that it will take time before the team can target race wins once more.

"The goal that I have for us as a team is that from 2022 to 2023, after the budget cap and the technical regulations have settled, we can fight for podium finishes and victories again on our own," he told Motorsport-Magazin.com.