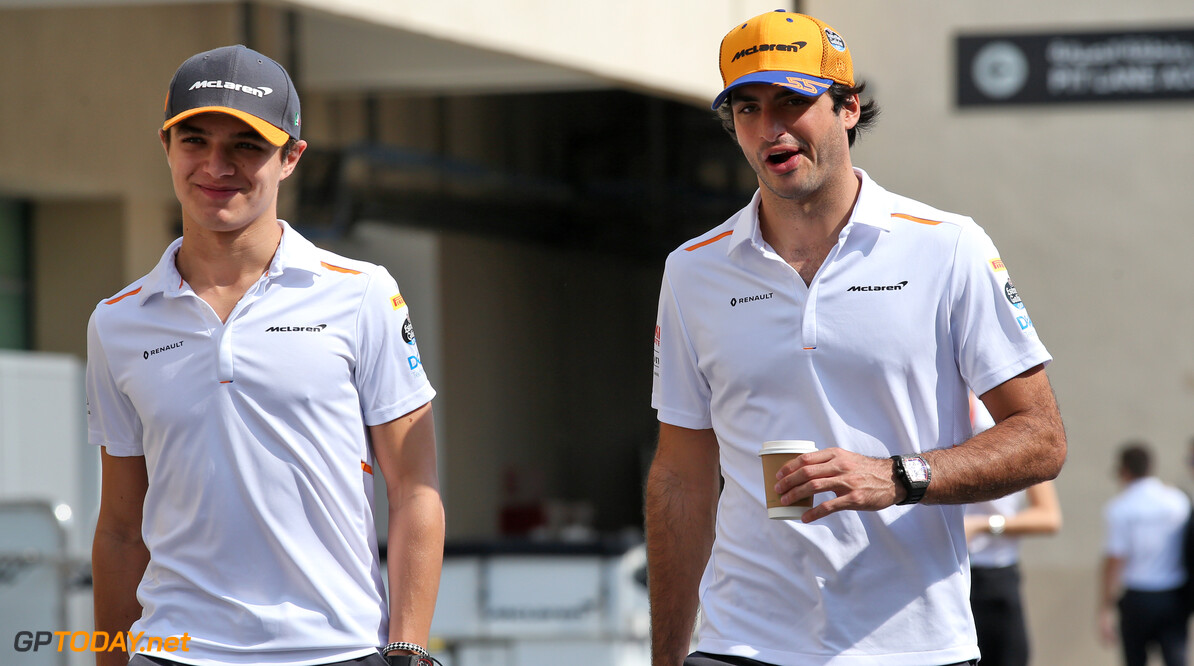 Norris: 'Best thing' is to work with Sainz in order to win at McLaren

McLaren's Lando Norris has spoken on his positive relationship with teammate Carlos Sainz, believing it is the best option in order to help the team become more competitive.

Norris, speaking at the Autosport International Show said that he thinks that it is not necessary to be a rival with the other driver in the team in order to move forward.

Norris expressed his thoughts on how he gets on with Sainz in general and that McLaren could not have managed to finish fourth in 2019 had it not been for such a positive relationship within the team.

"Everyone always gives the view that because you’re teammates, you’re always so much against each other and you’re just pure rivals," Norris said.

“We wouldn’t have finished P4 in the championship as a team if we didn’t work as well together as what we did last year."

Positive relationship only benefitting the team 'in every way'

Norris also expressed his beliefs that much of the success at McLaren came thanks to how both himself and Sainz helped each other throughout the season, and how they worked along with the team.

Norris hoped that such a relationship with Sainz as teammates could continue into the future as he sees it only benefiting McLaren.

Last July in the run-up to the British Grand Prix, McLaren announced that both Sainz and Norris would stay at the team for 2020.

"A big part of what we have achieved is because of how we worked together, how we helped each other, how we try and help the team," Norris commented to Crash.net.

"At the moment, it’s only benefitting us in every way. I hope it continues. Like I said at the beginning, I just want to have fun and enjoy it, and he does as well.