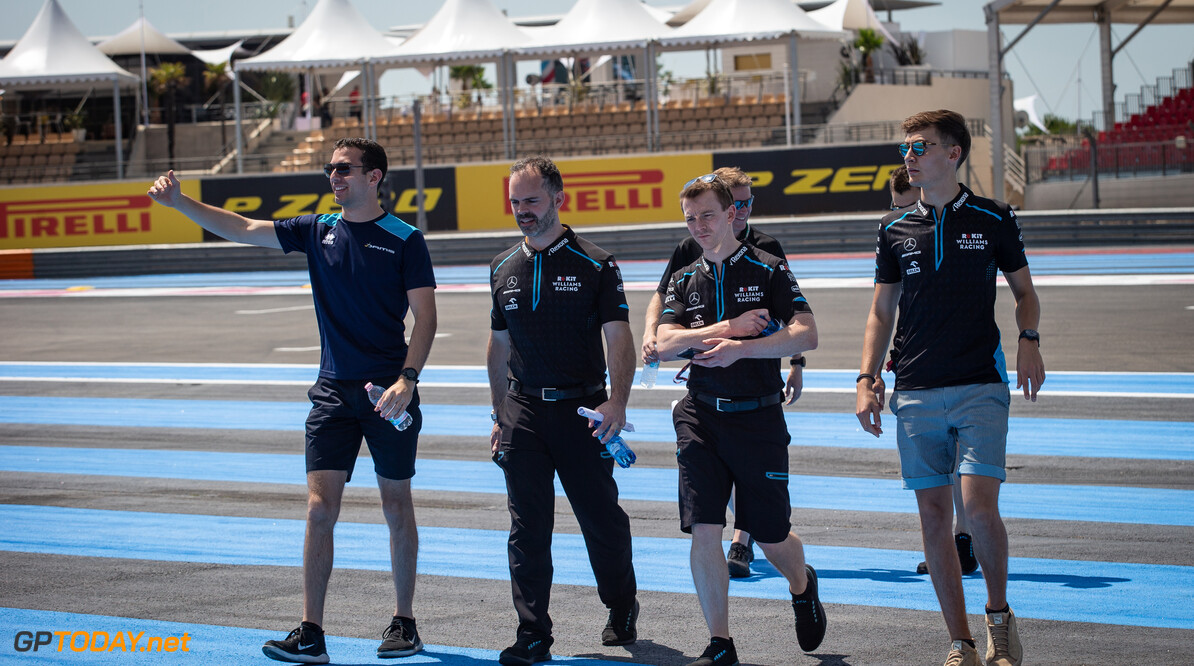 Williams 'lucky' to have motivational drivers for 2020

Williams is lucky to have two drivers who are willing to motivate the team in 2020, says deputy team principal Claire Williams.

The Grove-based squad has retained George Russell for a second season, who will be partnered by Nicholas Latifi - the only rookie on the 2020 grid.

Latifi replaces Robert Kubica at the team following a difficult year for the Polish driver, as he struggled against Russell in the FW42.

MORE: Who is Nicholas Latifi, 2020's only F1 rookie? | Latifi: Norris, Albon prove F2 title is not needed to succeed in F1

It was also a highly challenging year for Williams, who was unable to compete with any of its rival teams and solely race at the back of the field.

However, the combination of Russell and Latifi for the 2020 campaign is a strong one according to Williams, as both have suitable personalities to push the team forward.

"That's the reason that we have chosen younger drivers, I wouldn't say they're inexperienced," Williams said. "Nicholas has been racing for half of his life and he's got a huge amount of experience in racecraft perspective in the junior championships.

"Likewise with George, they've both had great career moving up the ladder and towards Formula 1. When you are a team that isn't necessarily doing well, you have to consider the personality of the rivers a lot more than maybe you would otherwise.

"Both George and Nicholas have the type of personalities that we're looking for, that truly understand the importance of playing their role in the development and motivation of the team.

"We're very lucky to have two drivers that can do that."

'Latifi will take time to warm to F1'

Williams added that she understands Latifi will take a handful of races to come up to speed with F1, having spent the last four years racing full-tie in Formula 2.

"It's always a case with a rookie, which Nicholas will be next year, it will take him a couple of races to get his head around things," she said.

"But we know he's a quick study and we know he'll be there pretty quickly. George, we know his talent and it hasn't been a detriment to us, putting George in this year as a rookie.

"In fact, it's probably been one of the best decisions we made over the last handful of years. So it's not a distraction in any way that we have two younger drivers in the car."