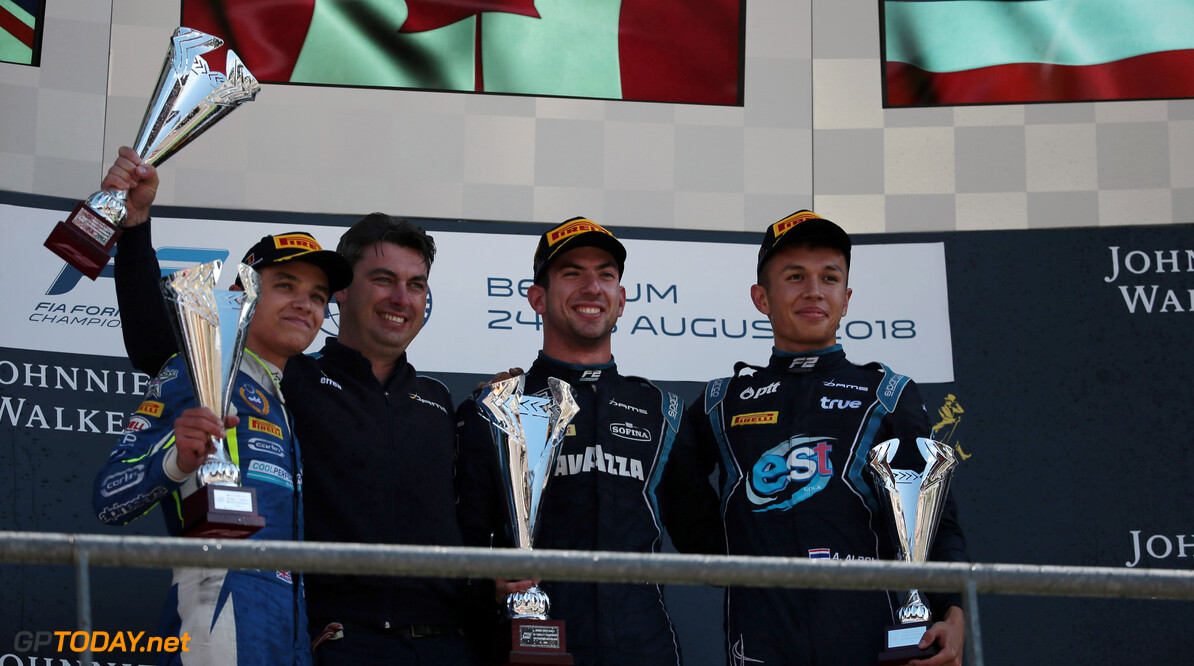 Latifi: Norris, Albon prove F2 title is not needed to succeed in F1

Nicholas Latifi believes that his championship defeat in the FIA Formula 2 championship in 2019 doesn't mean he is not capable of succeeding in F1.

The Canadian driver missed out on the F2 title to Nyck de Vries, who won the championship with one round left to spare.

Latifi is the only F2 graduate from the 2019 field that will debut in F1 in Australia next March, as he replaces Robert Kubica at Williams.

In 2019, champion George Russell, second-placed Lando Norris and third-placed Alexander Albon all graduated to F1 from F2 and left an impression on the paddock.

Latifi believes that F2 has proven itself to be a strong test of justification for young drivers in recent years, and is confident that he is ready for the challenge of F1.

"Even going beyond last year with Charles and Pierre, F2 has shown that it's a great proving ground for drivers," Latifi said. "There have been drivers who have stepped up to F1 and shown they've been able to do the job straight away.

"That's great confidence for me, I hope to emulate that. Specifically, besides George, Lando and Alex didn't win the championship last year and they're performing extremely well.

"I'm in a position where I've lost out on the championship unfortunately but that doesn't mean I won't be capable of doing the job."

Not sure where myself or Williams will stack up - Latifi

Latifi recognises that a large challenge awaits him, as he makes the leap to the pinnacle of motorsport. The 24-year-old will partner Russell at Williams, who out-qualified Kubica at every event in 2019.

Latifi states that he is not sure how he or Williams will shape up at the start of the year, but insists that he will do the maximum to ensure he pulls out strong performances.

"I've still had [strong] performances this year. It will be a challenge for sure, where exactly I'm going to be exactly relative to George at the start of the season is impossible to know.

"Where we will be as a team at the start of the year is impossible to know. I'm going to do everything I can to achieve the maximum performance."