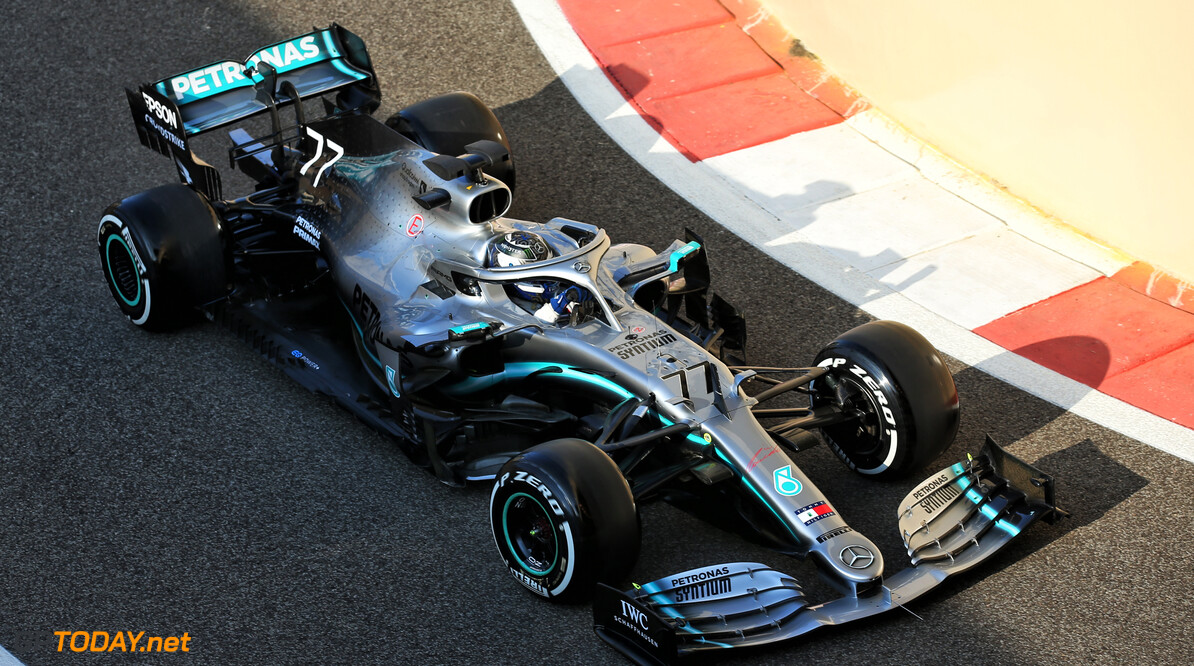 Valtteri Bottas has ended the opening day of post-season testing in Abu Dhabi on top of the timesheets, completing 138 laps for Mercedes.

Bottas posted a 1:37.124, which put him almost a full second ahead of the Ferrari of Sebastian Vettel, who was second in the classifications.

Esteban Ocon got behind the wheel of the Renault R.S 19 for the first time, as he officially joined the Enstone squad on Monday.

The Frenchman was seventh fastest at the end of the day, setting his fastest lap time on the C4 compound - only Max Verstappen for Red Bull and Roy Nissany for Williams set their fastest laps on the C3 compound.

Verstappen set the most amount of lap times during the day, clocking 153 laps during the session. Daniil Kvyat was third for Toro Rosso ahead of Sergio Perez and Romain Grosjean.

Lando Norris was sixth for McLaren, heading Verstappen and Ocon. George Russell followed, while Kimi Raikkonen was tenth, testing for Alfa Romeo in a black and red race suit.

Sean Gelael, who drove the moring session with Toro Rosso, was 10th, ahead of Roy Nissany in the Williams FW42.

Testing resumes at the Yas Marina Circuit on Wednesday, which brings the Formula 1 on-track action in 2019 to an end.