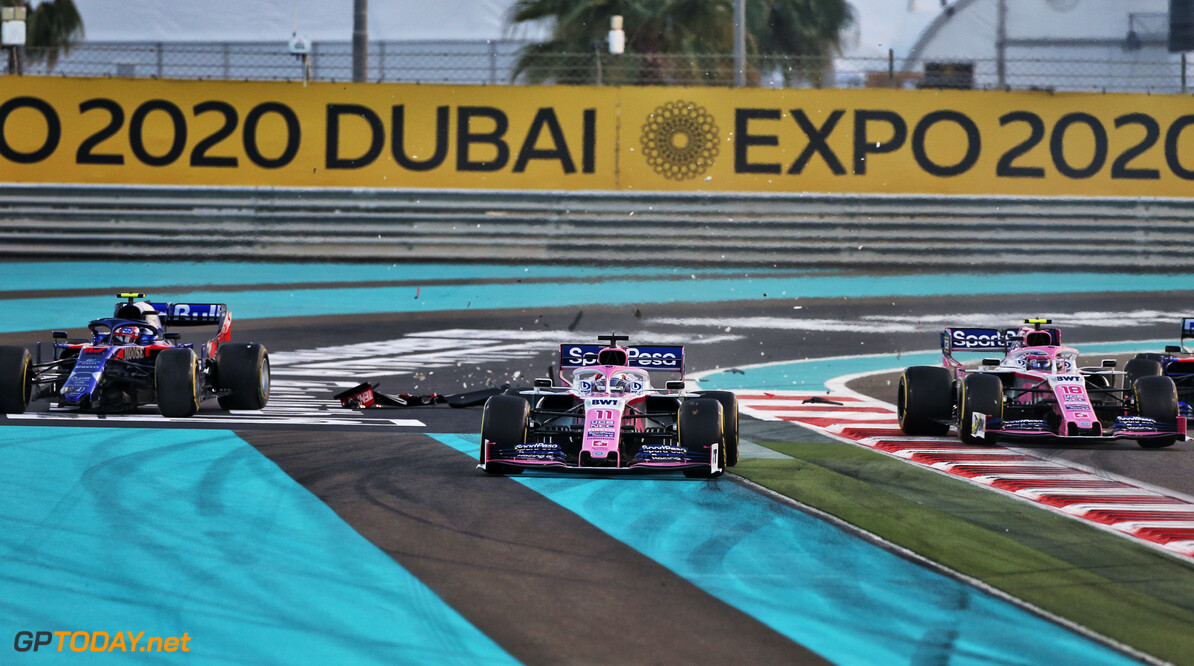 Gasly upset at Stroll who 'ruins everything'

Pierre Gasly has spoken out in criticism of Lance Stroll's driving during the opening lap of the Abu Dhabi Grand Prix on Sunday.

The pair collided at Turn 1, which pitched Gasly into the second Racing Point of Sergio Perez, which resulted in the loss of his front wing.

Gasly was forced to return to the pits and endure a lengthy pit stop. Without a safety car intervention during the 55 laps, the Frenchman's race totalled to very little.

The Toro Rosso driver lost out on sixth place in the world championship after Carlos Sainz made his way into the top ten on the final lap of the race, meaning he had to settle for seventh in the standings.

"I don't want to speak too much otherwise I'm not going to be really nice with Lance," Gasly said."Last race of the season just to ruin the start and the whole race from the first corner incident is clearly annoying.

"It put us one lap down from the first lap and the whole race basically praying for a safety car and looking at the standings not being able to take the fight to Carlos."

Gasly added that looking at the end result for his teammate Daniil Kvyat, who battled his way to the points in the final laps, gives him confidence that he couldn't have finished the race in a place that would've secured him sixth in the championship.

"Looking at what Daniil did then we clearly had the pace there and could go for that sixth place." he said. "It's really frustrating.

"I don't have eyes on my back so that's why I'm not going to talk much. I need to see the footage but I got hit from behind and basically lost the car and when I lost the car the front end touched with Checo.

"So, basically that was it and with the time it took to change the front wing we were a lap down and then after it was just a boring race from there.

"I'm just pissed off because I didn't take the fight to Carlos and we clearly had the car and the pace to do it. We had a good advantage starting in P11 on the grid and Daniil was two places behind and he finished P9.

"I wasn't really looking at Alex just Carlos and finishing ahead of him. Today we had the opportunity and from what I could see so far, Lance just ruins everything.

"I think not really it is the appropriate moment because I am upset from the race but I will have a few days to calm down and think back at the whole season because a lot of things happened.