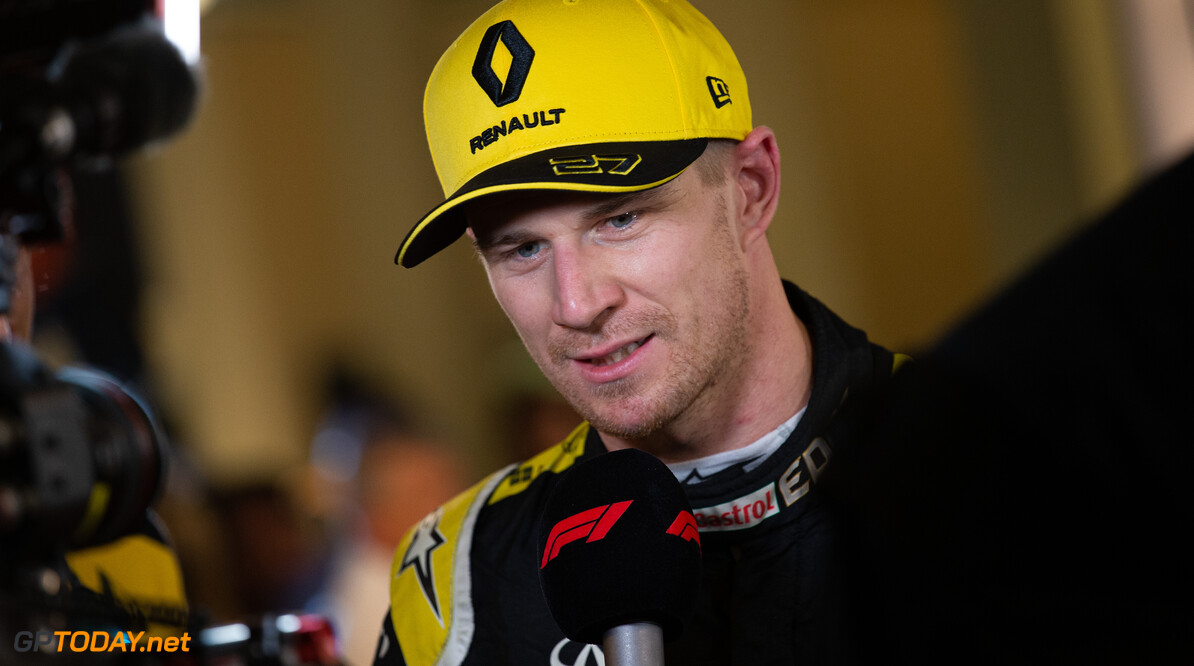 Ahead of what is set to be his final grand prix with the Renault Formula 1 team, the Enstone squad has delivered a thank you message to Nico Hulkenberg.

Hulkenberg will not race in F1 next season, making it the first time since 2011 where a spot on the grid has not been partly made up by him.

Hulkenberg joined Renault in 2017 after spending three years at Force India, and has helped the team make gains following its comeback to the sport in 2016.

Renault sporting direcot Alan Premane said: “Nico is a driver who gets on with the job. He’s pretty no-nonsense and wants to race and develop the car, which has helped us no end.

"His feedback is exceptional as he strips the emotion away; even after a bad race he is able to deliver measured, constructive debriefs.

“His technical insight has been extremely important for us. I can remember one time in Silverstone in 2017 when he had been telling us about a particular handling characteristic of the R.S.17 – he wanted to carry more speed into the corners and felt the downforce was dropping off just where he needed it most.

"We developed a new floor to help with this and finally got one in time for the British Grand Prix. He didn’t say anything for a while on the radio and then finally keyed up.

"He said: ‘I haven’t said anything but if you could see my face, you’d see there was a massive smile on it!’ It kind of sums him up: when he’s got something to say, it’s always worth listening.”

In 2018, Hulkenberg finished seventh in the drivers' championship, which marked his highest ever finish across a season.

Hulkenberg's race engineer Mark Slade added: “When Nico joined us for 2017 he took us to another level. Almost overnight we were back on the map and operating like a big team again.

"When you have someone you know can deliver, it’s like a form of subconscious motivation. He’s smart, efficient and doesn’t mess around, although he does have a particularly good sense of humour.

"He’s determined to deliver and he’s remarkably resilient, probably much more than we are in engineering! We’ve had some great races together, but the history books won’t do justice to them. It’s been a pleasure to work with him.

"I would say he’s in the top drawer of racing drivers I’ve worked with in my career. He’s felt part of the team and really invested in our development and that’s been a good feeling.”

Hulkenberg holds the unfortunate record of having the most grand prix entries in F1 history without recording a single podium finish.

He infamously came close on a handful of ocassions, including earlier this year at his home race in Germany, before he became one of the many victims of the run-off earlier before the final corner.

Renaut's managing director Cyril Abiteboul stated that Hulkenberg has been "instrumental" in the team's progress over the last handful of years.

“It is clear that Nico has been instrumental in our progress through F1," he said. "We needed a driver who had the experience and maturity to help us take the next step and we couldn’t have asked any more of him.

"It wasn’t an easy decision as he has many strong attributes: he’s a great driver, always motivated and looking and pushing for more, which has, in turn, spurred us on.

"We wish him every luck for the future and sincerely thank him for his huge contribution to Renault F1 Team over the past three years.”