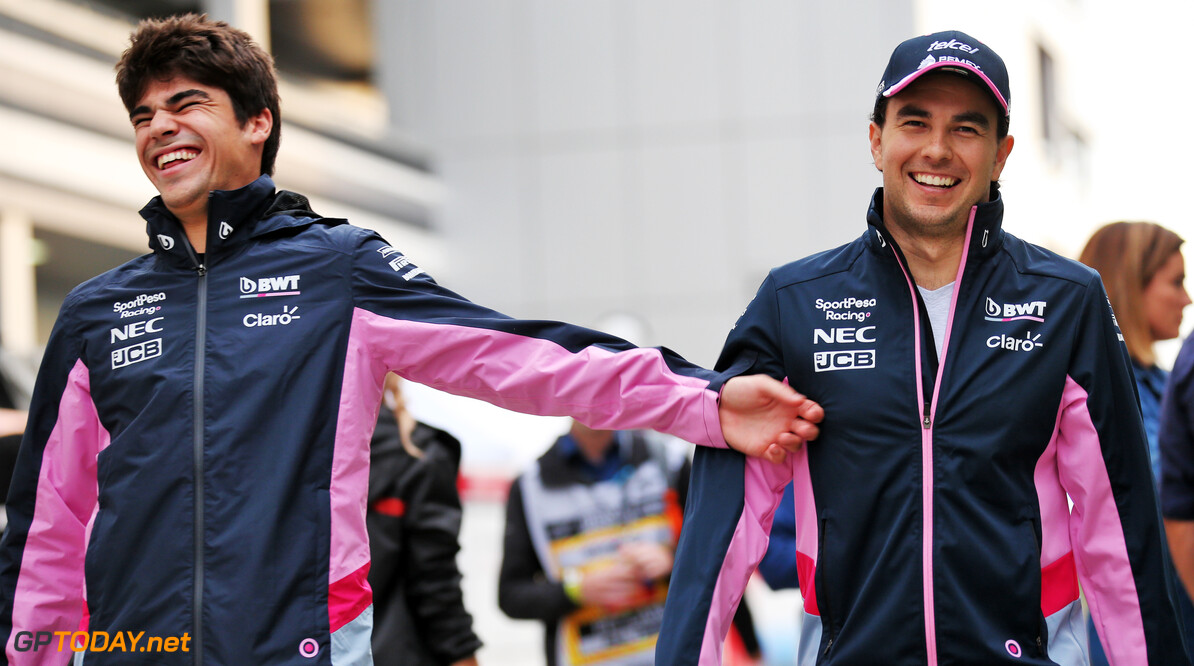 Stroll on what he has learned from Perez in 2019

Lance Stroll has spoken out about what he has learned from Sergio Perez amid their first year as teammates at Racing Point.

Stroll joined the Silverstone-based squad this year after his father saved the Force India squad from liquidation last summer.

The team has scored a best result of fourth in 2019, coming at the hands of Stroll, who picked up 12 points at the German Grand Prix in July.

Perez has raced for the Force India/Racing Point team since 2014, and signed a new three-year deal with the team this year to remain there until at least the end of the 2022 campaign.

Speaking about what he has learned from his teammate this year, Stroll said: "I think just in general, with teammates you pick up little details. Driving styles, there's a difference in how we set up the cars.

"I don't think there is one general thing, it's more a trend throughout the year with teammates. Different teammates have strengths and weaknesses, it's just been about learning what his strengths are and how I can apply that to what I do and how I drive and set up the car."

Stroll 'fortunate' to have experienced teammate

In his first year in F1 in 2017, Stroll was partnered alongside veteran Felipe Massa at Williams, before the Brazilian retired from F1 at the end of the year.

He was then paired up with rookie Sergey Sirotkin, before moving to Racing Point to race alongside Perez. Stroll admits that it is good to have the benchmark of an experienced driver while he is still learning the ropes of F1.

"It always helps, I think at the end of the day you have to be your own artist on the race track and drive the car as you want to drive it accordingly.

"It's always good to have a benchmark, and someone with experience like himself has been great to have alongside me, someone I can view and understand how I can be better.

"I was very fortunate to have that this year, someone that I can look alongside and understand where I can better and what I can do better."