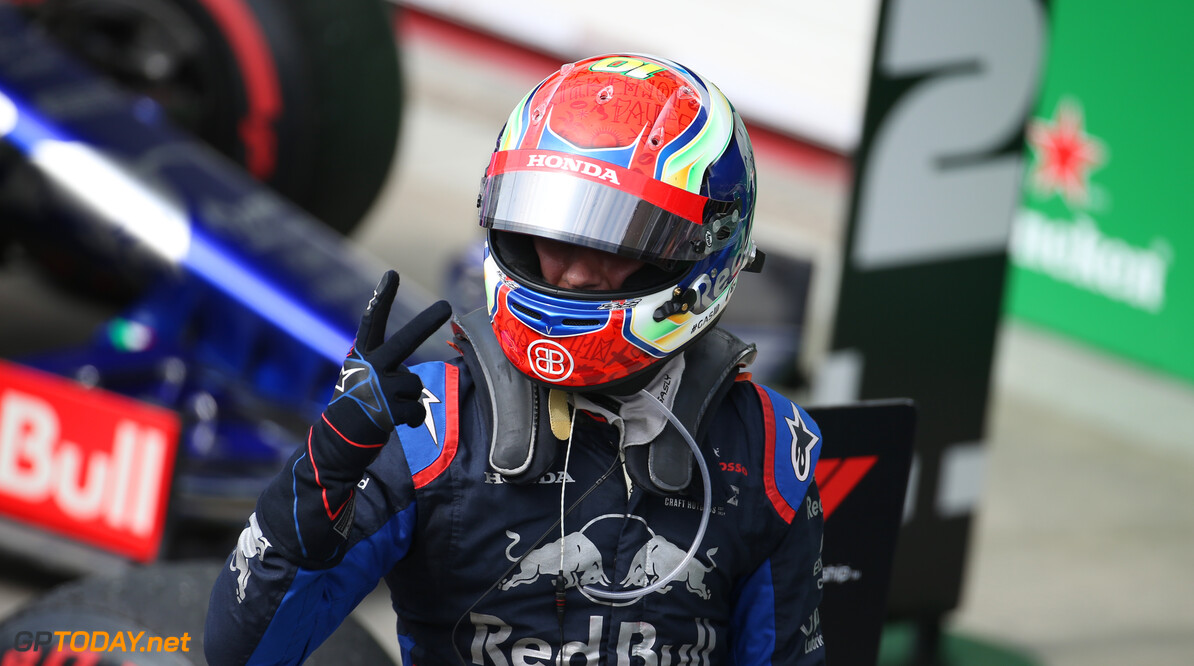 Romain Grosjean says he is "very, very happy" to see his compatriot Pierre Gasly claim his maiden podium finish on Sunday in Brazil.

Gasly crossed the line in second place for Toro Rosso, picking up places when a number of front-runners ran into trouble.

On the run-up to the finish line, Gasly was in a drag race with Lewis Hamilton, who came home in third- however he picked up a five-second time penalty which bumped him to seventh.

Grosjean was the last Frenchman to take a podium finish, with his latest coming in 2015, when he overtook Sebastian Vettel on the penultimate lap in Belgium.

"I was the last Frenchman to stand there four years ago so. Once Olivier Panis told me 'are you going to win that bloody race?' We were talking about May 96 [Monaco GP, Panis' only F1 win], no we are going to speak about Brazil 2019."

Haas not getting 'any luck' in the races

Grosjean started the Brazilian Grand Prix from seventh on the grid, while teammate Kevin Magnussen was behind him in ninth.

The 34-year-old failed to secure points for Haas, blaming the timing of the first safety car and the difficulty he had with the tyres at the restart.

"For us, we just don't seem to get any luck," he said. "We had the race of our life, we were hanging in P7 in a car that doesn't deserve to be in P7 and we had an amazing chance and the bloody safety car came at the wrong time so what could we do.

"We had tyres that were 70 degrees at the restart and we knew we could go to the end. Sainz pushed me wide at the start at turn 2 and I wasn’t too happy about that but my tyres were just gone so. I knew it, it was just the wrong time for us."