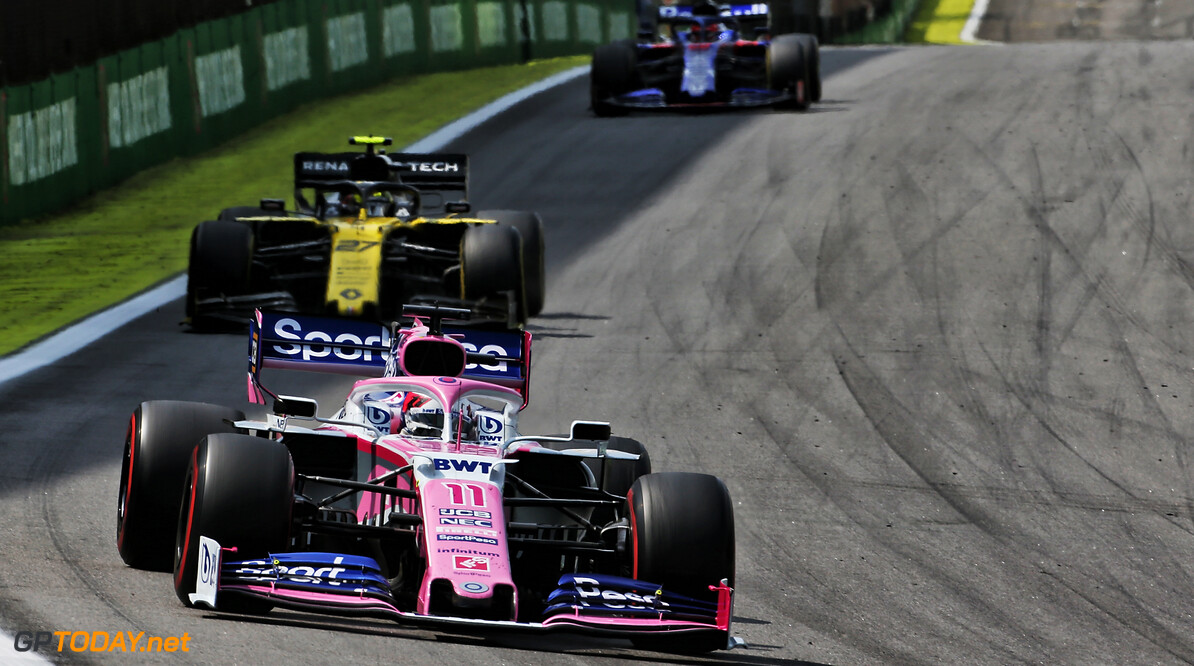 Perez: Points a surprise due to lack of straight-line speed

Sergio Perez described his Brazilian Grand Prix as "disappointing", as he struggled to fight with other cars due to a lack of straight-line speed.

The Mexican crossed the line in ninth place to take his fifth consecutive top-ten finish. Perez admitted that the race was "fun", but acknowledged that the team didn't gain its points on merit, as a number of regular top ten finishers ran into issues.

"It was a very fun race, with all the safety cars in and out. It was a fantastic race," he said. "Unfortunately, we couldn't fight at all, we lacked so much speed on the straights today.

"We got overtaken very easily and couldn't fight back so in the end, two points we don't really deserve because we didn't have the pace.

"It was a chaotic race. We needed to be strong out there and we were not good enough. It was quite a disappointing race."

Racing Point currently sits ten points in front of Alfa Romeo in the constructors' standings in sixth, following a strong haul of points for the Italian team on Sunday.

Kimi Raikkonen and Antonio Giovinazzi were classified in fourth and fifth place, taking its best result of the season.

Racing Point's team principal Otmar Szafnauer admits the Silverstone-based squad faces an "uphill battle" of retaining sixth place with one round to go.

"Sergio switched to a two-stop race early on and took advantage of the chaotic final laps to finish in ninth place," said Szafnauer of Perez's race.

"We face an uphill task in Abu Dhabi to reclaim sixth place in the constructors’ championship, but we will go there fighting and give it everything.”