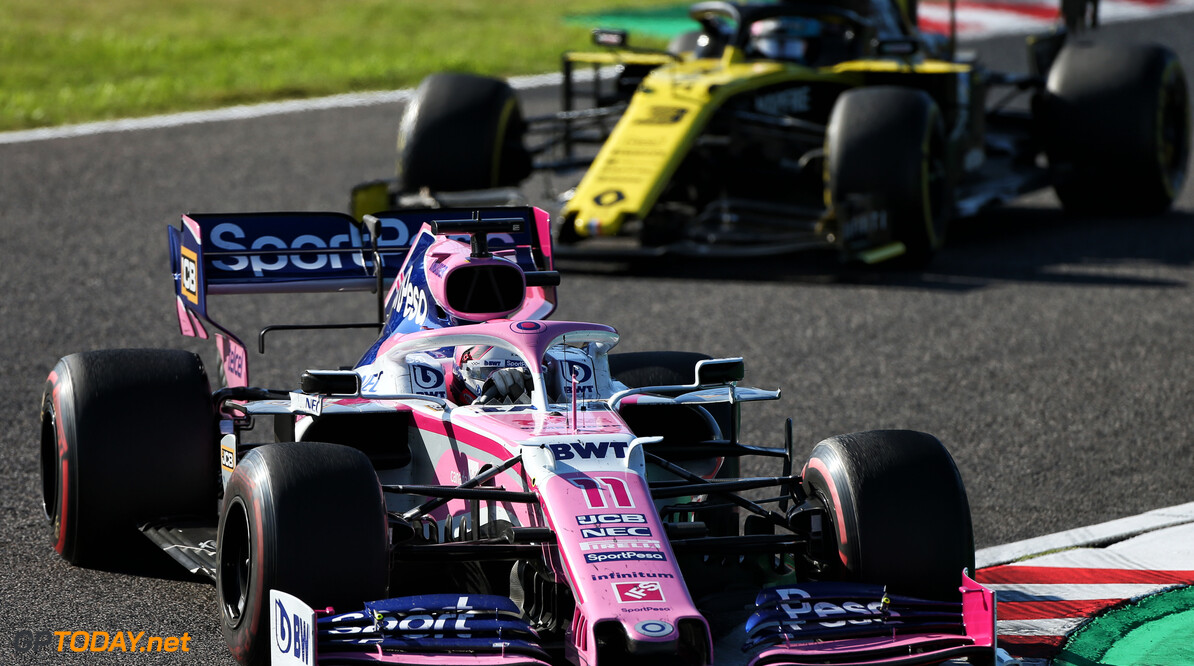 Racing Point team principal Otmar Szafauer has revealed that his team originally wished to copy Renault's brake bias system that automatically adjusted prior to a corner, rather than see Renault get punished for their design.

The FIA announced this week its decision to disqualify Renault from the Japanese Grand Prix results after it was found guilty of breaching the sporting regulations for using driver aids.

Racing Point launched the protest against Renault at Suzuka, but Szafnauer says that the team wanted to also use the system after Sergio Perez was hit with brake balance issues in Silverstone.

"It really came about at Silverstone when we had a problem with our own brake bias system," Szafnauer told Sky Sports F1. "The system failed, we had a mechanical failure on the switch.

"If you remember, I think it was after a safety car, Sergio went completely forward on brake bias to keep his tyres warm, but then couldn't go back because the switch failed.

"He ended up running into Hulkenberg. We started looking at what we could do to make that more robust and then we noticed that Renault had an automatic system, which is what we wanted to do.

"We didn't want to protest Renault, we wanted to do the same. We wrote to the FIA and they categorically said that we can't do that. So we're hoping that through the protest, the FIA would say 'Yes, you too can do it'. But it didn't work out that way."

Szafnauer added that having the brake bias adjust automatically would make life easier for the driver, who already has multiple things to do inside the cockpit before entering a corner.

"The decision just came out, so we've got to review that a little bit. But yeah you're right. There's a line of what is driver aid, what isn't. But with having to change brake bias manually, sometimes it's easy to do.

"But sometimes when you've got three or four things to do before a corner, you may not get to that. Having it happen automatically definitey helps the driver."