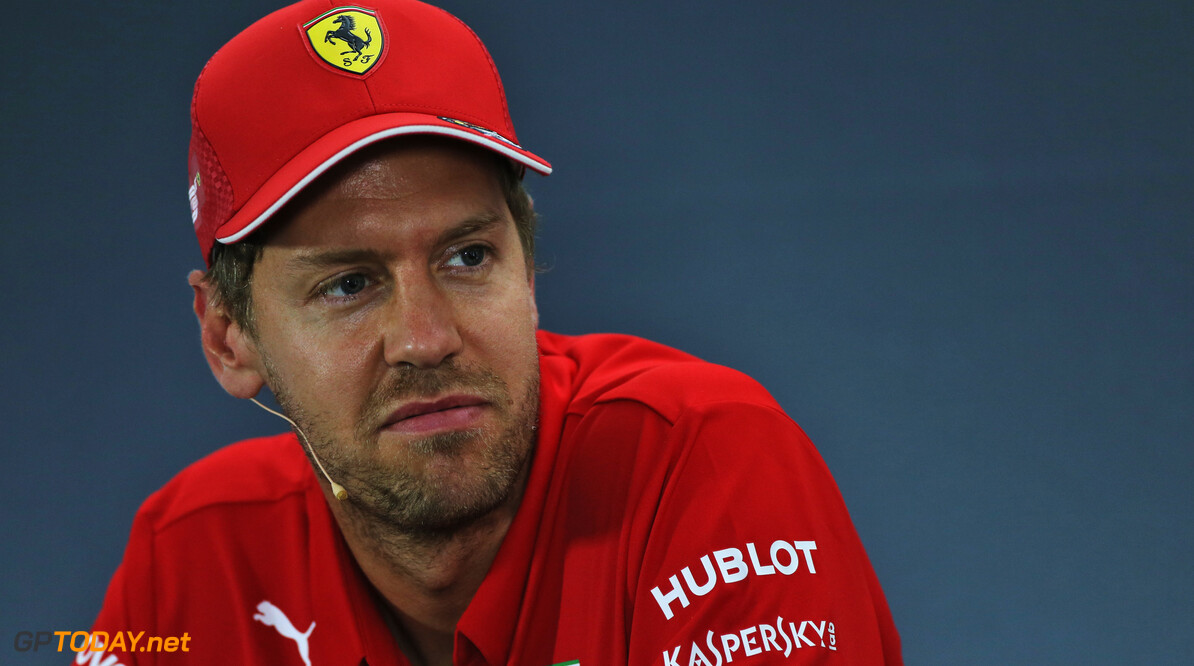 Racing Point team principal Otmar Szafnauer says no conversations have been held between himself and Sebastian Vettel regarding a 2021 Aston Martin seat.

Aston Martin will return as an F1 manufacturer next year, taking over the Racing Point squad following an investment in the British car manufacturer from Lawrence Stroll.

Sergio Perez signed a multi-year deal with Racing Point last year, while the other seat is occupied by Lance Stroll, Lawrence's son.

Vettel, who will be leaving Ferrari at the end of the 2020 campaign, has been linked with a switch to Aston Martin.

MORE: Webber: Vettel unlikely to sign for midfield team in 2021

Team principal of Racing Point Otmar Szafnauer recognises the achievements of Vettel but insists that the Silverstone-based squad is pleased with its current line-up of Perez and Stroll.

“I can’t speak for Seb but we all know what a great job he’s done,” Szafnauer told the F1 Nation podcast.

“He won early on in the Toro Rosso which was fantastic, and four world championships. He’s had some great races and I think at his relatively young age of 33 he still has some good years left in him. But that’s not for me to say.

“We’re really happy with our driver line-up and they're signed up as well, they work well together. We’ve got Checo [Perez], who, on a Sunday is as good as anyone. He’s very calculated, very clever, good racer, looks after his tyres.”

Stroll made his debut at Racing Point last year following two seasons at Williams, and Szafnauer says that the Canadian racer is learning the sport at a rapid pace.

“Lance is much younger than Sergio and learning very quickly, but very, very fast. He has great starts, and when he’s in the thick of it, can race really well,” Szafnauer said.

“And he's learning. I think eventually Lance will overtake Sergio and having that combination of young and experience is perfect for us.”

“Seb and I have been friends for a long time, even before he was a Formula 1 driver I knew him, and ironically he hasn’t called me, so I haven’t had the conversation.”