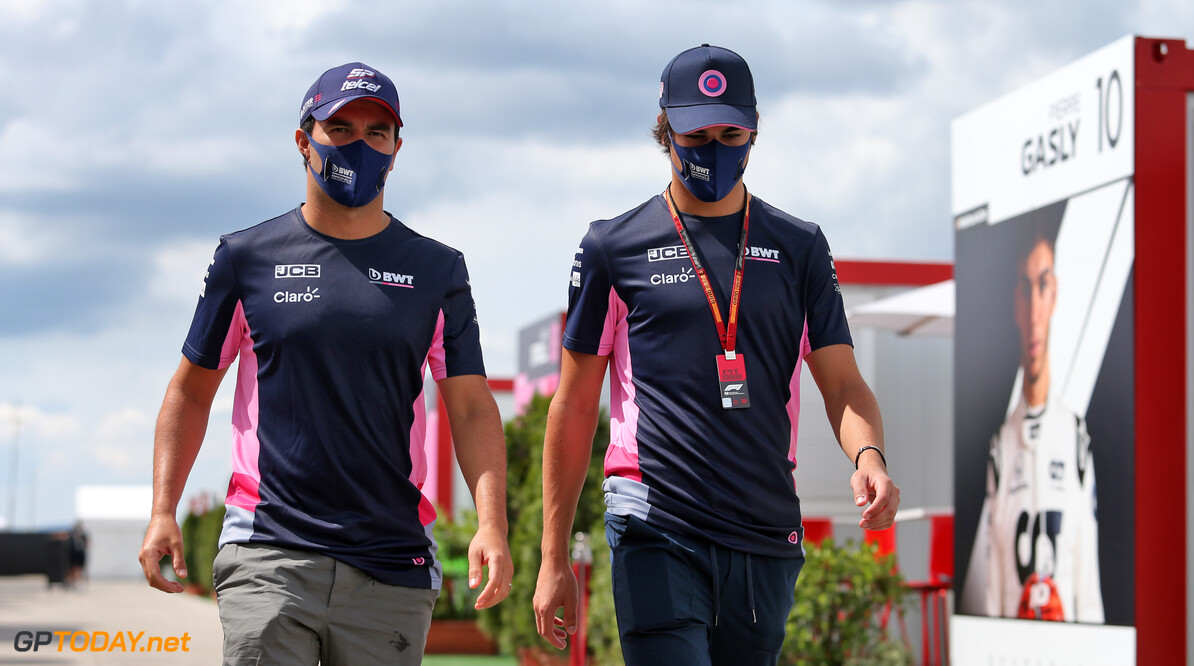 Lance Stroll hopes he is allowed to race against Racing Point teammate Sergio Perez on Sunday as the team goes in hunt of its first-ever podium result.

Stroll and Perez will start Sunday's Hungarian Grand Prix from third and fourth respectively, behind Mercedes, who dominated qualifying to lock out the front row.

Stroll's one and only podium result came during his rookie year in 2017 with Williams, while Perez has eight top-ten finishes to his name, the last of which came in 2018.

As both drivers look to add to their tally on Sunday, Stroll wishes for team orders to not have a say in the final classification.

“I haven’t been on the podium in, it’s been like, two or three years. So I’m hoping we can have a good start and a good race. It’s been a while since I stood on a podium. I could do that again one of these days, that was nice.”

Racing Point team principal Otmar Szafnauer affirmed that he would be speaking to the drivers pre-race to ensure they don't come together on the opening lap.

“They have got to give each other room,” he said. “And it’s the first lap, second lap that are critical. We have to make sure that they don’t come together in those laps.

“So we’ll be talking to them, and making sure that the team comes first and we don’t slip back into the ways of before.”

Racing Point has a history of river friction, with Perez getting into a number of incidents with former teammate Esteban throughout 2017 and 2018.

Szafnauer didn't deny that the team could decide to tell the drivers to hold station if it's in a strong position to secure its first podium.

“You’ve got to remember this is a team sport and we want to score the most amount of points possible,” he commented.

“I still think there will be a fight with others around us. Ferrari have always gone well here, they’re just behind us on the grid. You don’t know what the start is going to be like, so let’s let’s wait and see.”