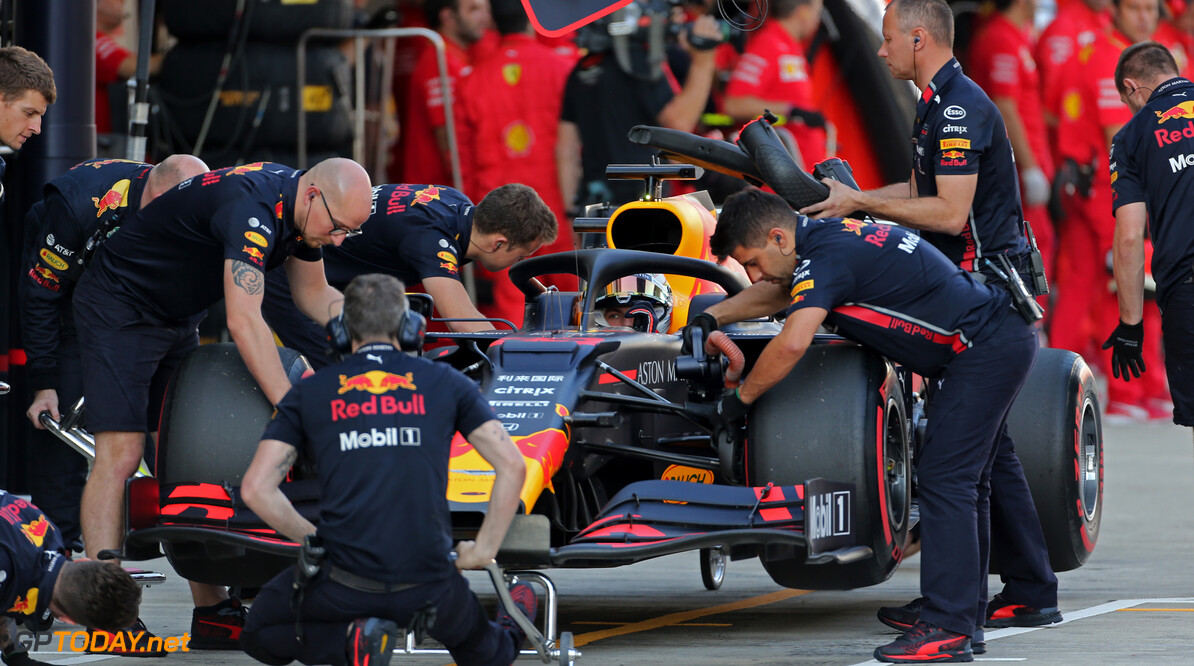 Max Verstappen is hopeful that his fresh Honda engine will allow him to be in the fight at this weekend's Japanese Grand Prix.

Verstappen took a grid penalty at the Russian Grand Prix last time out, dropping five places after receiving a new internal combustion engine ahead of the weekend.

The upcoming event at the Suzuka Circuit will be Honda's first home race while powering the senior Red Bull team, having already competed in 2018 with Toro Rosso.

With two race wins under his belt this year so far, Verstappen admits that the back straight without DRS could be "painful" for Red Bull - however he is remaining optimistic.

"Looking at last year in Suzuka, I think Ferrari was also very fast," Verstappen said. "But of course we had our moments in the race together, but I still expect that we could have a strong weekend there.

"There's still quite a long straight down the back without DRS that could be painful, but we'll see. We'll have a fresh engine there, let's see how we'll compare against Ferrari and Mercedes.

"I expect both teams to be quick, probably Mercedes more in sector one, and Ferrari towards sector three. That's how it has been the whole year."

Verstappen also joked that the Japanese fans, who traditionally have been some of the most passionate of the season, will have to split the colours to accommodate the Dutch orange.

"Let's see if we have the chance of winning, but after the success that we've had this year, which I think many didn't expect to happen, I hope a lot of fans are coming to the track.

"It will just be a bit of a question mark on what they're going to wear," Verstappen laughed. "They have white and red on their flag but with Dutch involved, they wear a lot of orange so maybe they'll have to split the shirts."