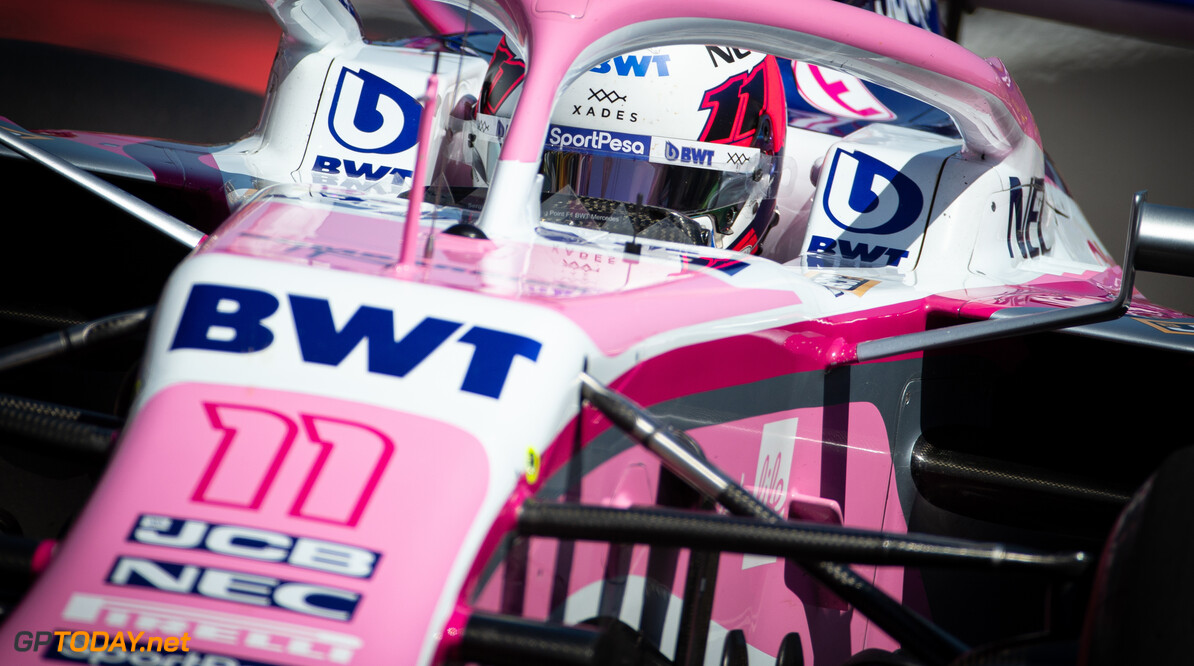 Sergio Perez is hopeful that his plans for the 2020 season will be announced soon, as he is expected to stay at Racing Point.

The Mexican driver has been at the Silverstone-based team since 2014, when it was known as Force India before being taken over in 2018 by new management.

With Renault announcing that Esteban Ocon will fill the seat alongside Daniel Ricciardo next season, Haas is the only other likely option for Perez next season outside of Racing Point.

However, Perez has previously stated that it is his intentions to stick with the team, this time on a multi-year deal.

"Yeah, I’ve seen the news," Perez said of Thursday's announcements. "It was a busy day in that regard. I am confident and I hope that soon we can announce it and just can get on with it.

"I think I am very close to finding out what I am going to do for next year, so it shouldn’t be long before I know."

Should Perez stay, he will likely drive alongside Lance Stroll once more, as the latter's father led the consortium of investors that saved Force India from administration last summer.

The 2019 campaign has been a difficult one for Perez, as he has not managed to score points since the Azerbaijan Grand Prix, currently finding himself in 16th place in the drivers' championship.