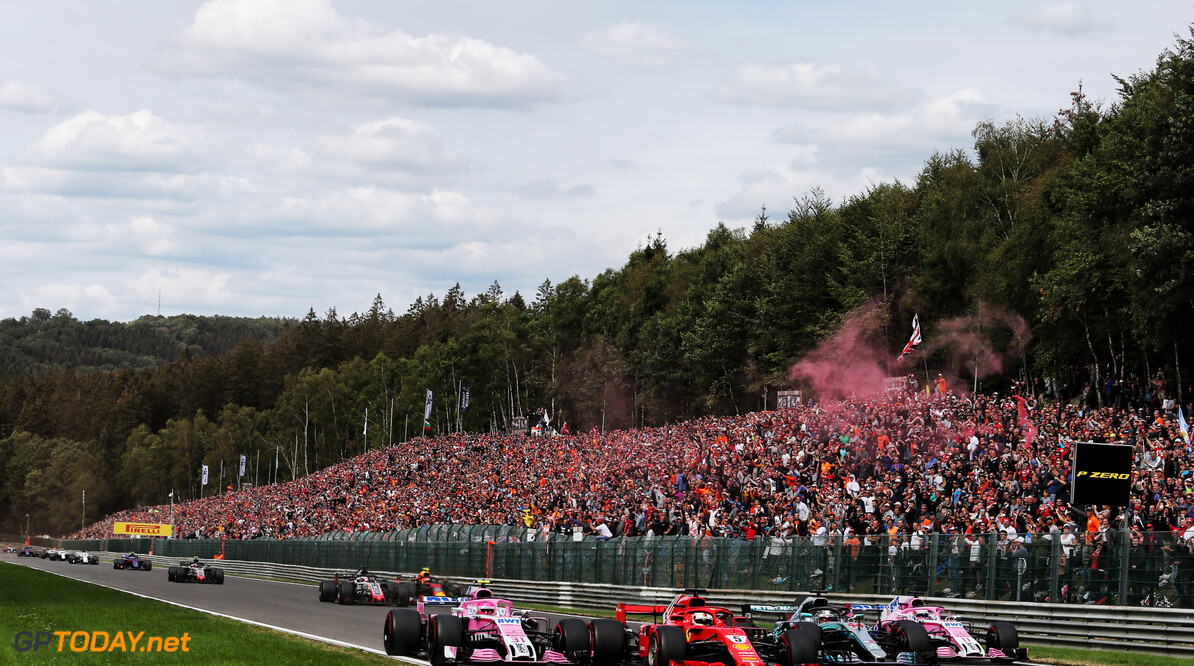 Perez hoping for another lead battle at Spa

Sergio Perez says he is hoping for another chance to fight at the front of the grid, 12 months on from his lap one battle for the lead at Spa-Francorchamps.

Perez slotted ahead of Ocon while Vettel and Hamilton settled for first and second respectively. The two Force India's were able to challenge at the front following mixed conditions in qualifying, which left both cars on the second row.

Perez eventually slipped back to fifth place, where he took the chequered flag. Ahead of the 2019 event, the Mexican is hopeful that he can another similar battle this year.

“I always say that Spa is the perfect place to restart the season because it’s such a special track," Perez said. "It’s one of the best races of the year and I love the high-speed corners such as Pouhon. It’s a long lap, too, so when you hook everything up it’s very satisfying.

"I still remember the first lap last year when we were fighting for the lead. It was such a special feeling to get a good result. I hope we can do something similar this year.

“The key to being quick is to find the right trade-off between top speed and downforce. You want to be quick through the corners without losing too much top speed down the straights. We are on full throttle for about 70% of the lap so you don’t want too much drag."

At the German and Hungarian Grands Prix, Racing Point introduced substantial upgrades, which Perez says will continue to be worked on over the coming races.

"We come back from the summer break determined to build on the foundations we have laid in recent months," the former Sauber and McLaren driver added.

"The new aero philosophy will continue to evolve over the next few races and we believe it’s taking us in a better direction. I think we can be much stronger in this second half of the season and challenge for points at all the upcoming races."