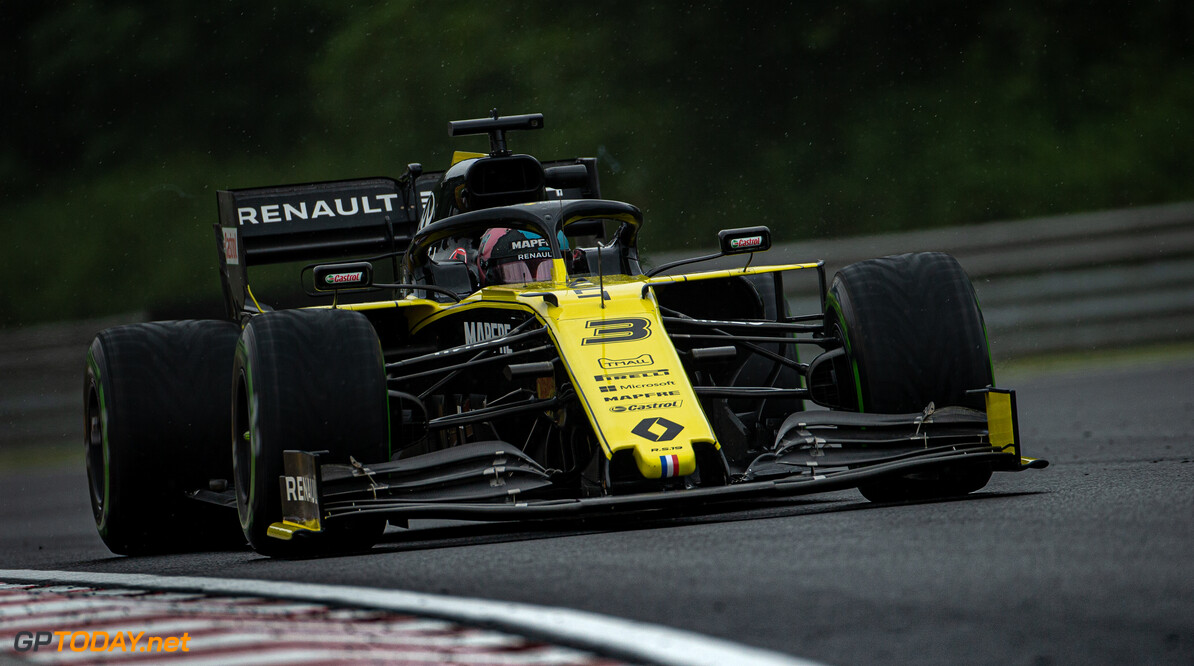 Too easy to blame luck for Renault struggles - Ricciardo

The Enstone outfit currently sits sixth in the constructors' championship with 39 points - over half of what it had tallied up at the same point last year.

Ricciardo has scored points just once in the last five races. After his seventh-place finish at the British Grand Prix, the Australian retired from Germany with an engine failure.

His weekend in Hungary was compromised when he was forced to start from the back of the grid due to picking up penalties for exceeding his quota for power unit components.

However, Ricciardo says that bad luck can't be used to sum up Renault's season so far, as he sees that it could have done things better along the way.

"I think bad luck is too easy," he said. "There are times where you run out of reasons and you just say 'alright, that must be just some form of luck'.

"But then again, if you trace it back further enough, there's always a way you could have helped or created something different or better. It hasn't been perfect but I don't want to just blame it on luck, I think we can all do better.

"It's too easy to blame luck. I really want to get a tattoo that says 'fuck luck', but that might be a bit aggressive," Ricciardo laughed. "But we can do better."

Ricciardo had reservations over Honda potential

It was just over a year ago when he announced that he would be joining Renault after also holding discussions with Red Bull and McLaren.

Ricciardo admits that he had reservations over Honda, who joined Red Bull as its engine supplier for the 2019 season after spending the 2018 campaign with Toro Rosso.

"Up until this point, it was really just Renault and Red Bull," Ricciardo reflected. "Definitely by this weekend [Hungary]. I won't lie, I definitely spoke to them [McLaren] for a bit.

"But they were the three, if I'm being serious about the contenders, it was those three. But at this point, it was just Renault and Red Bull. And at Red Bull, there were still some things.

"They wanted a longer-term deal, I wanted a shorter one. I had some reservations about how Honda would be and all that so even with Red Bull it wasn't like 'this is everything'."