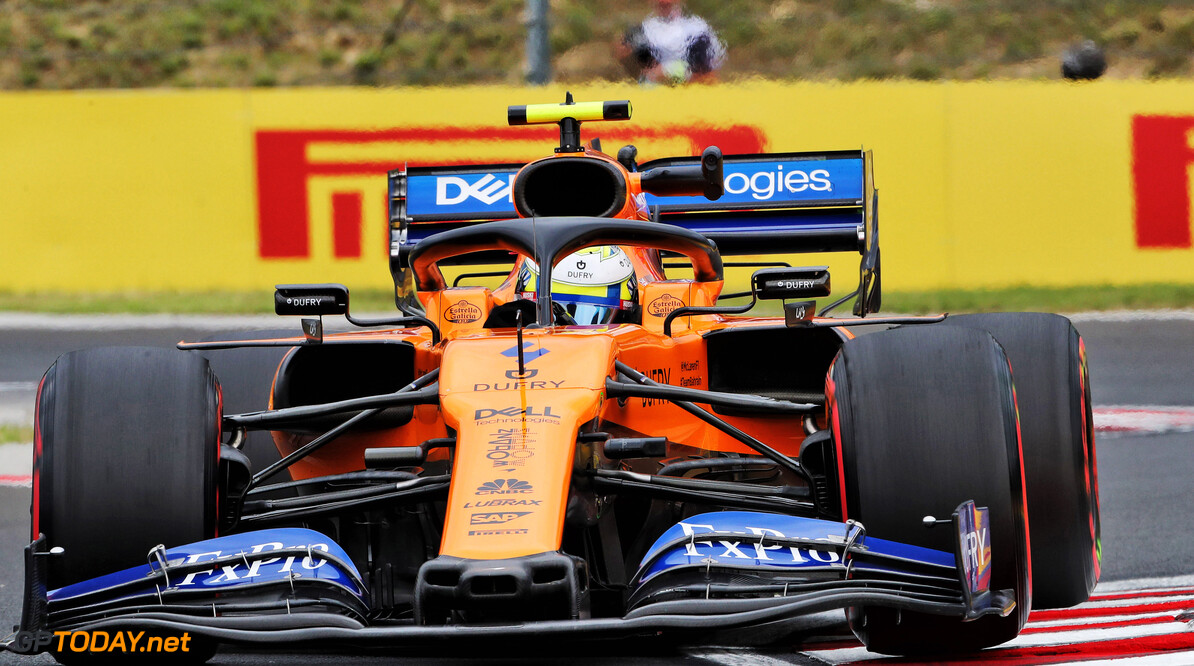 McLaren's Lando Norris has insisted that he is happy with his ninth place finish in last Sunday's Hungarian Grand Prix, despite a pitstop error costing him time and dropping him down the order.

Norris was running in sixth place just behind teammate Carlos Sainz when a wheelgun problem held Norris in his box during his pitstop, dropping him behind the Red Bull of Pierre Gasly and the Alfa Romeo of Kimi Raikkonen.

Norris, initially disappointed to lose out on the slow pitstop, was still happy to finish within the points for the team, while Sainz managed to finish in fifth place, his second in a row after a fifth place finish in the previous round in Germany.

"That was the main thing which cost us more points today," Norris commented after the race. "I don't think from Carlos' result that it could have been any better for him but from my side the pitstop was our letdown.

"It cost us a better position, but we still got P9 and some points so we can be happy with our result. It was a tough race today"

Norris pointed out however the improvements seen within the team and the pitstops as opposed to last season, and also felt that there were still a lot of positives to be taken from the current pace of the car and McLaren's current 'best of the rest' status this season so far.

"There's a lot of positives just one negative. It happens sometimes like today, the pitstop wasn't great on my car," Norris added. "but generally the team have done a good job so we have to give them a lot of credit.

"They done a very good job so far this season, especially compared to last season where they struggled more with the pitstops, so we are still making great progress, so today was just a one-off."