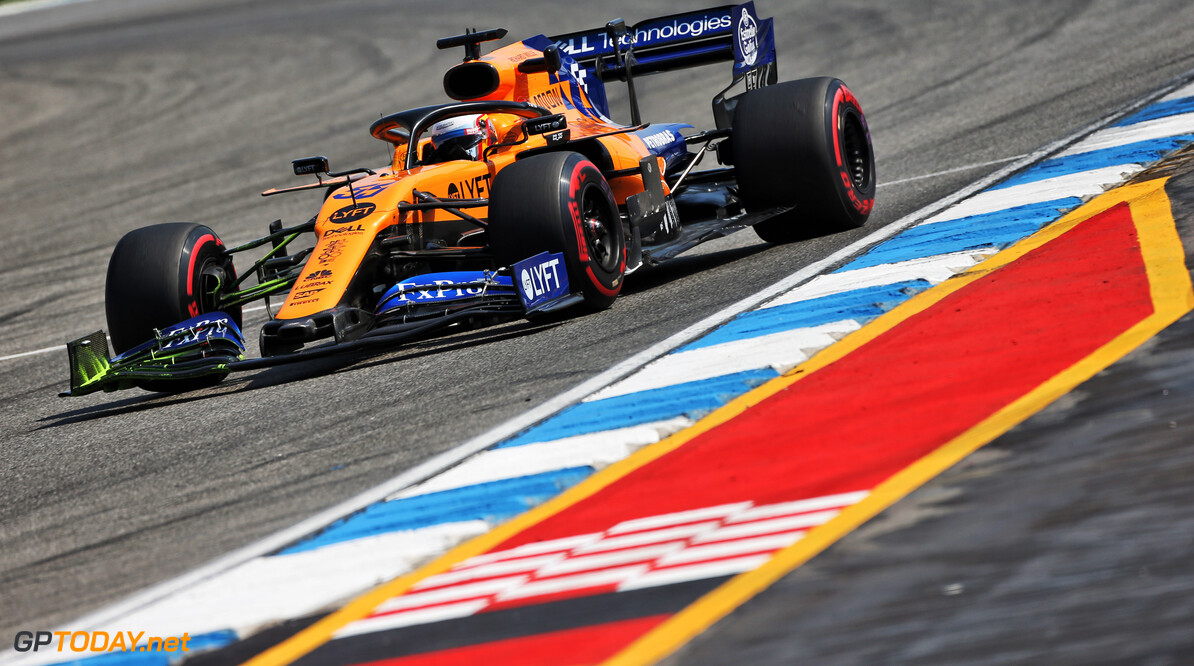 Carlos Sainz is expecting the midfield battle to turn into a train of cars during the German Grand Prix.

The gaps between the midfield squads during qualifying at Hockenheim were extremely small, with mere hundredths of a second separating those who advanced onto the next stage and those who failed to make it through.

Sainz, who qualified in seventh place on Saturday, stated that it was important for him to have a strong session after a disappointing result at Silverstone.

"A good day, especially after a tough Friday," he said. "We've come back with some set-up changes and some cooler temperatures which helped us and the car. It was solid qualifying throughout so very happy.

"Unfortunately it got warmer and warmer throughout qualifying, which meant our car went a bit back to qualifying yesterday. But I'm happy because we did all the right steps and the right laps.

"It was important for me this weekend to come back after a tough qualifying at Silverstone and have a strong one. I was up there, with the feeling of the car, I could do whatever I wanted."

McLaren currently heads the midfield battle in the constructors' standings, holding a 21 point lead over Renault for fourth place.

Sainz will be hoping to further extend that gap, but knows it will be tough with the teams being so close this weekend.

"A tenth makes make or break. And that tenth, Kimi, Grosjean, they've had it the whole weekend. So to qualify behind them is normal, but to be P7 is good news.

"Normally the race is better for us, but it will be tight. There will be a train the whole race, we all have very similar pace but at the same time I think that we can recover."