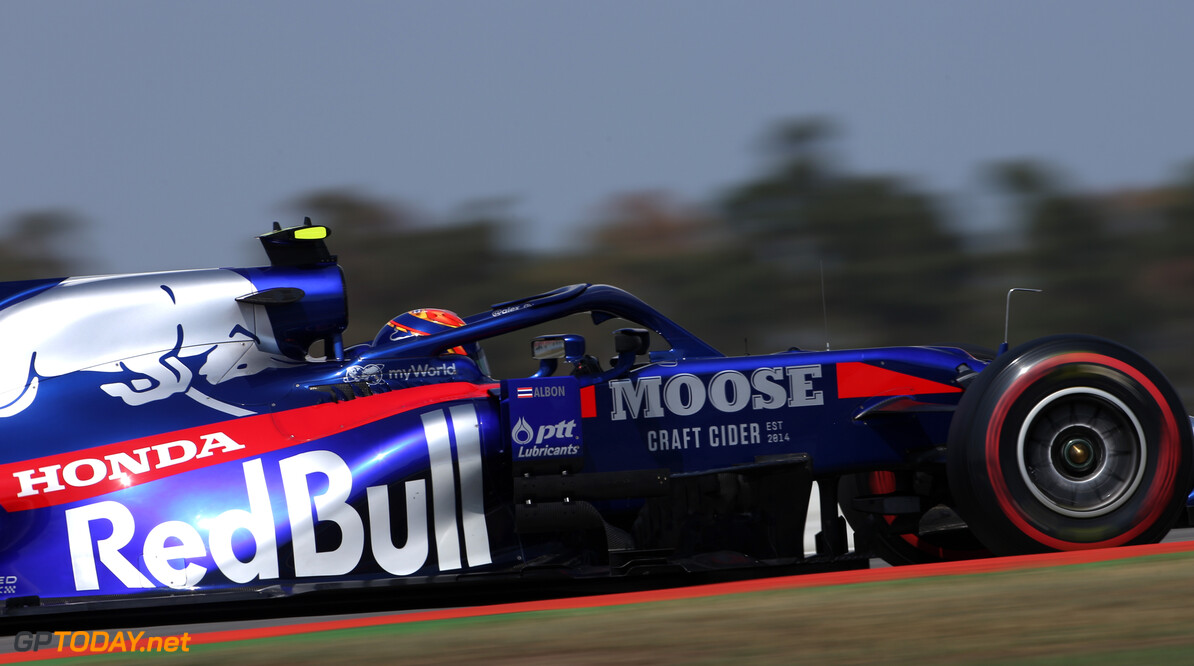 Albon's final lap in Q1 was hampered by Lando Norris, who started his lap just in front of the Thai-British driver.

Drivers were seen going slowly on their out-laps to protect the soft tyres all weekend, and at the end of Q1, Albon found himself getting passed by multiple cars before starting his lap.

MORE: Albon not looking over his shoulder in relation to F1 future | Toro Rosso 2020 driver line-up decision won't come until at least the end of September

The traffic destroyed his lap, which left Albon frustrated as he believed could "definitely" advance from the opening stage of qualifying.

"Definitely," Albon said when asked if the traffic cost him a spot in Q2. "I mean, you can never guarantee anything but my first lap was pretty poor on my first set of tyres, and it was my second lap as well.

"If I didn't make a mistake or anything we would have been through, which is a shame because I don't think Q3 was out of our reach today. But still, it would have been nice to have been in Q2."

Albon's Toro Rosso teammate Daniil Kvyat failed to advance from Q1 in Austria when he met a number of cars going slowly through the final corners.

Albon added that the situation was made extra frustrating as most of the cars that passed him aborted their runs after the first couple of corners.

"I need to look at it again, but to be honest, it's more just sector three itself," he commented. "It happened to Dany at the Red Bull Ring. You just get a concertina effect.

"The main issue is our out laps with these track temperatures have to be so, so slow. It creates a stacking effect in the last sector and from what I understand we were all quite tight at the back to make it through to start the lap.

"Everyone told everyone to pass everyone. Normally we keep our space and don't jump each other, but when you got to go, you got to go.

"I got caught out and three cars got past before the last corner, which is not where you want it to happen.

"It's frustrating because they all aborted their laps after that. I think they were on their second push lap and the tyres aren't ready at that point."