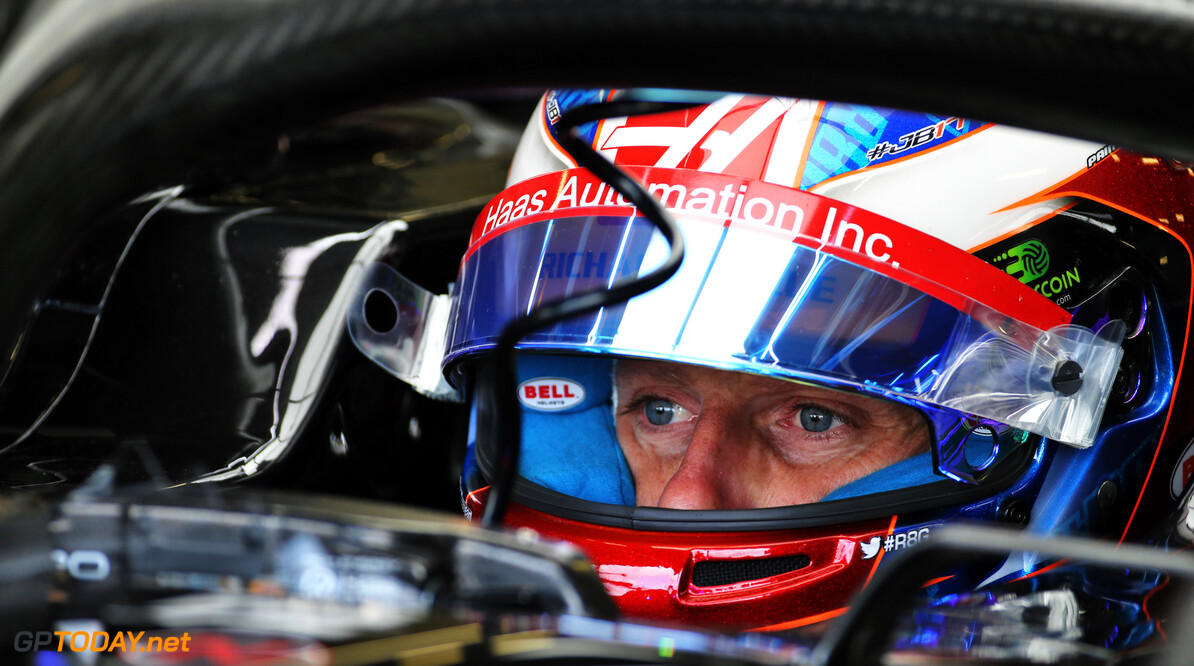 Grosjean thought he was 'definitely' in Q3 after Q1 pace

Romain Grosjean was sure he had the pace to make it through to the final stage of qualifying after Q1 at Silverstone.

Grosjean leapt into the top ten at the end of Q1 while his teammate Kevin Magnussen failed to make it through to the next stage.

Positioning himself inside the top ten after the opening session, Grosjean was pleased with the pace of his car before he was hit with unexpected struggles on his Q2 laps.

"Q1 was good, really good," Grosjean said. "From that point I thought, that's us in Q3 definitely. And then in Q2, I was 1.2 seconds slower than my fastest time. We don't know what happened.

"Everything will be analysed, if we had issues with the tyre blankets, anything else we don't understand. From the exit of Turn 16 to starting the lap, both times it felt like it was raining.

"Something just wasn't quite right. We need to understand because it's a shame. We definitely had the pace to go through to Q3 today."

Grosjean opens up on impact of old package

Grosjean is running an old spec Haas car this weekend as the team pushes to understand why its race pace has been lacking in Grands Prix this year.

The Frenchman explained that the feeling within the car is much stronger than the newer package, but it is missing a lot of downforce.

"The feeling is an awful lot better in the older one, since we introduced the new one, I haven't really felt comfortable into the high-speed corners and entries," Grosjean commented.

"But the downforce is much less, but at the end of the day, the old package is in front of the new one. So there is some understanding that needs to be done and some studying we need to do.

"There are some big weakness on the old one that we were aware of at winter testing. Some of them were really addressed with the new package. But the new package doesn't quite deliver the lap times that it should."