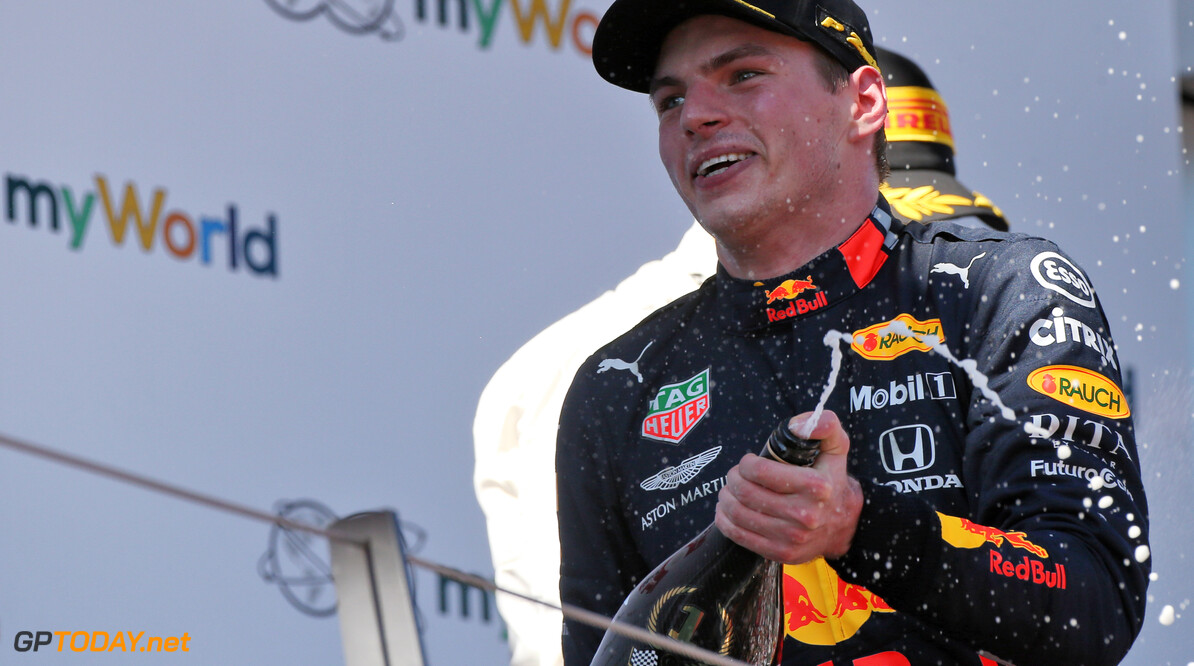 Horner: Verstappen currently the best driver in the world

Red Bull team principal Christian Horner believes Max Verstappen is currently the best driver in the world following his consistent performances over the past year.

The Dutchman won the Austrian Grand Prix just under two weeks ago, recovering after a poor start to overtake Charles Leclerc in the final laps of the race for the lead.

MORE: Honda targeting qualifying gains with power unit | Technical Analysis: How the RB15 was able to challenge for victory in Austria

As the season nears the mid-way point, Horner says that Verstappen is the best in the world when reflecting on his performances over the last 12 months.

"As the form driver, he is," Horner told Autosport when asked if he thinks Verstappen is currently better than Lewis Hamilton. "As the driver in the form of his life, arguably over the past 12 months, he's been the best driver in the world.

"How do I substantiate that? He's not in the best car. But when you look at the results he's got out of that car since Montreal last year, some of the performances he's put in, he's made virtually zero mistakes in that period.

"It's only natural that there's always the next generation coming. Lewis has got the benefit of experience, he's still extremely quick, he's in the best car, in a very well-oiled machine.

"Max is very much the coming man. Wouldn't it be fantastic for the sport to see those guys go head-to-head?"

Verstappen has stepped out of Ricciardo's shadow

Horner also believes that Verstappen has changed following the departure of Daniel Ricciardo from the team, as he switched to Renault.

Verstappen has taken on the senior driver role at Red Bull, as he has the experience over Pierre Gasly, despite being almost two years younger.

"Daniel is such a big character, with a big sense of humour," said Horner. "And Max always outside of the car came a little bit within Daniel's shadow and was the jokey younger brother.

"Since Daniel has left, Max has assumed the role of the senior driver within the team and the responsibility that goes with that.

"There's a different level of maturity, of direction and sense of purpose with him. That has really rounded the package with him."