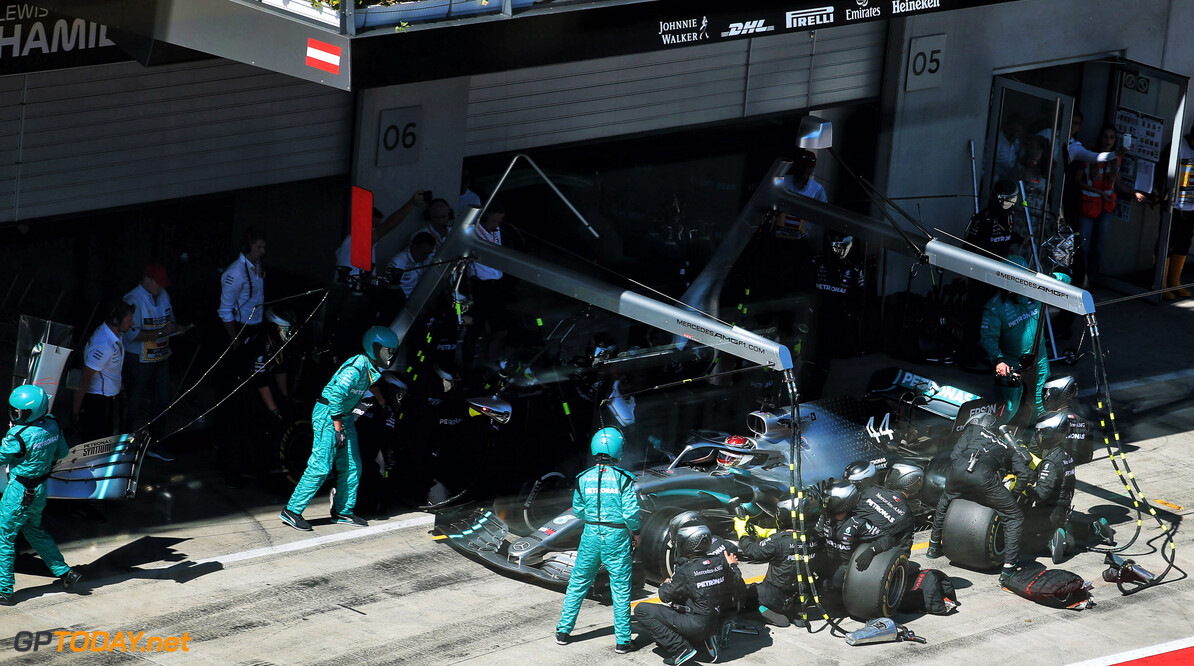 Brawn: Austria not a 'crisis weekend' for Mercedes

Formula 1 managing director Ross Brawn says that the Austrian Grand Prix was far from a "crisis weekend" for Mercedes.

The Silver Arrows suffered its first defeat of the season, as Max Verstappen claimed a spectacular victory over Charles Leclerc following a tense late-race battle.

MORE: Mercedes explains why it suffered overheating issues in Austria | Hamilton: F1 impossible for fans to relate to

Mercedes' pace was hindered by its "Achilles heel" cooling issues, but Brawn is expecting his former team to come back fighting at the next events.

"The dream of a clean sweep through the season, which ultimately was probably a bridge too far, is now over, but you’d hardly mark Austria down as a crisis weekend," he said.

"Maybe it will give the team even greater motivation, although such a voracious squad hardly needs any more drive as they head towards what can be seen as their two home races."

Valtteri Bottas managed to get his W10 on the podium, while Lewis Hamilton crossed the line in fifth, which made for a much more successful outing compared to last year's race at Spielberg. where both Mercedes' retired.

"Never a prophet in one’s own land, so the saying goes and, over the past two years in Austria that could be applied to Toto Wolff," Brawn stated.

"Mercedes had both its cars retire last year at this track, their worst result of 2018 year, and this time, Toto’s home race marked the end of a run of ten straight wins dating back to Brazil last year.

"This weekend was not quite as disastrous as last year’s, as Valtteri Bottas at least made it to the podium, in third place but a long way behind the two men ahead of him."