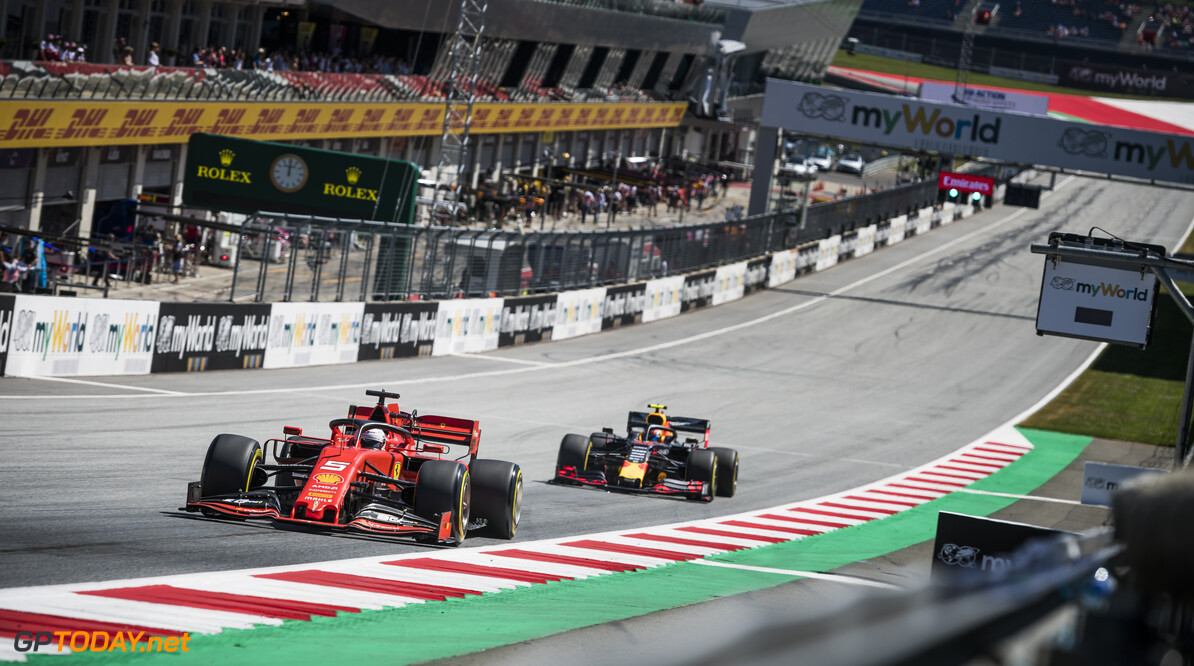 Sebastian Vettel is remaining cautious when it comes to evaluating Ferrari's pace around the Red Bull Ring after Friday practice.

The Maranello squad topped the second practice session, which saw its rivals Mercedes and Red Bull make contact with the barriers.

MORE: Verstappen crash a result of being 'caught out' by wind | Bottas has found 'clear direction' despite Friday issues

Vettel also had a hairy moment as he lost the car at the final corner, but managed to slow down enough before any contact with the wall was made.

"Unfortunately, we couldn't get the long run on the softs,"  Vettel said. "But other than that it had no further impact, the car was fine.

"Normally you are pushing but obviously we didn't volunteer to go off. It was tricky in the afternoon, especially with the conditions. Fortunately, from my side it didn't have a big impact.

Vettel says that Ferrari always looks stronger on a Friday compared to the other teams, and therefore is going into Saturday with an open mind about the weekend.

"In practice, it always looks a bit stronger for us than in practice than qualifying and the race. We need to be cautious. We're still trying a lot of things to get closer so hopefully tomorrow we can have a good feel and do better than today.

Vettel added that Ferrari didn't test any new parts as it looked to understand why it upgrades in France failed to bring significant improvements.

MORE: Ferrari didn't get 'all the answers' from test items in France

"We didn't try upgrades," Vettel confirmed. "We tried to understand more what happened last weekend with the bits that we tried. I think it was useful and we were able to learn.

"We can still improve the car, we tried some stuff in the afternoon that was a bit better than the morning. Fairly normal, the track layout helps us a bit."