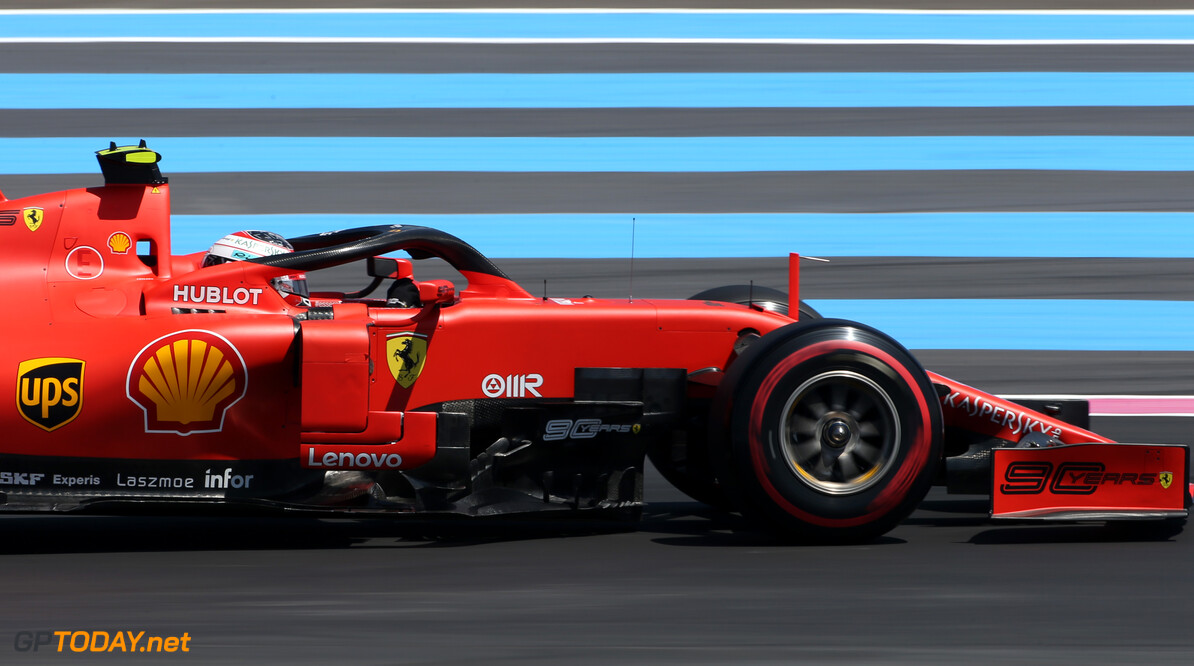 Ferrari didn't get 'all the answers' from test items in France

Ferrari didn't get all the answers it wanted at the French Grand Prix this weekend, as it hit a stumbling block with its floor.

During Friday practice, the Maranello squad ran a number of updated parts including a new front and rear wing, parts on the brake ducts, and a new floor.

However, the floor failed to improve the pace of the car and the team reverted to its old spec for the remainder of the weekend.

"I don't think we got all the answers from this weekend because the floor was not working properly," team principal Mattia Binotto confirmed.

With the first double-header of the weekend of the year concluding this weekend in Austria, Binotto asserted that Ferrari will be bringing more updates to the Red Bull Ring.

"We will still work on that one and I think we will have some test items again in Austria," he said. "We'll try to understand but we will only fully understand when all the parts will work as expected."

Leclerc 'pretty sure' Ferrari will be strong in Austria

Ferrari's biggest strength this year has been in relation to its straight-line speed, as it has utilised the potential of its power unit at a number of races, despite not possessing the most efficient downforce package.

With the Spielberg circuit placing high importance on straight-line speed, Charles Leclerc believes that Ferrari may be able to come away with a strong result on Sunday.

"Austria is one of my favourite circuits, I think for the car it should fit a bit better than Paul Ricard," the Monegasque driver said.

"Hopefully, we can have a good weekend but it's quite a different track. But I'm pretty sure that we can have a positive weekend there."