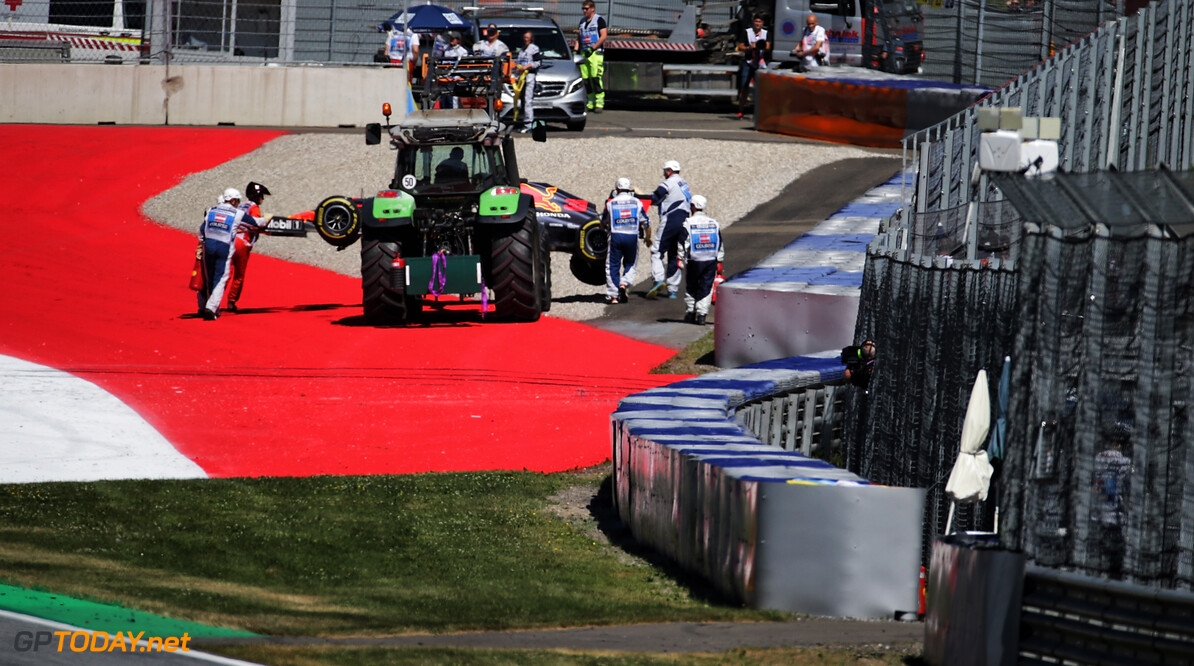 Verstappen crash a result of being 'caught out' by wind

Max Verstappen says he was caught out by the wind at the final corner, which saw him hit the barrier rear first during the second practice session.

The Dutchman's session ended early as the Red Bull mechanics worked on repairs to the rear wing and suspension, in what was a rare mistake this season from the 21-year-old.

"The feeling was good, of course we had the crash but that's what it is," Verstappen said. "The whole session I was complaining about the wind and there it caught me out."

Verstappen added his disapproval of the yellow kerbs that caused a number of issues for the drivers during the day, with multiple teams suffering front wing damage due to running over them.

"For me, they are horrible. It's much better what they ave at Turns 1 and 3. The other kerbs are against the way you are driving.

"If they just put them in the driving direction, you would touch them, go over them and lose time. Now, you are just destroying front wings for nothing."

Verstappen also believes that Red Bull is looking stronger this weekend that what it has done in recent races, affirming that his fastest lap in FP2 was hindered by traffic.

"We're quite competitive. Of course you always want to do better, but my laps were looking quite well. I had traffic on my fastest lap, so we should be a lot faster than my lap time showed.

"But the car was working quite well. We know we need to find a compromise between the corners and the straights. We'll have a look tonight."