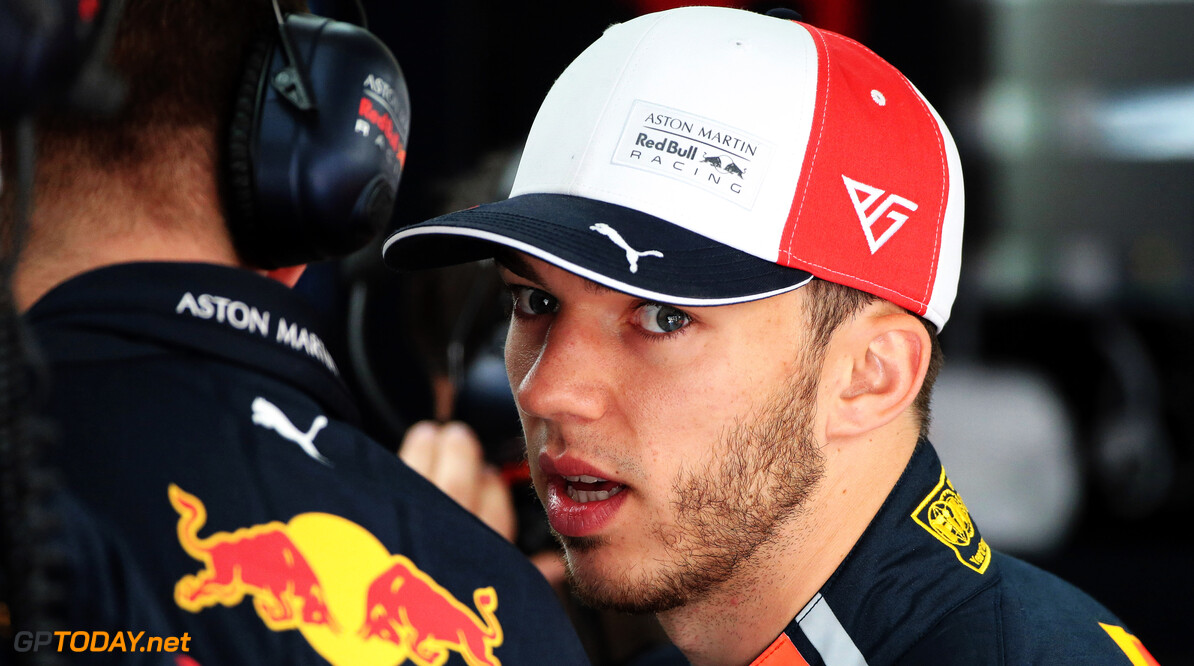 Gasly fighting for his future at Red Bull

Pierre Gasly's position at Red Bull Racing is under pressure. The Frenchman is underperforming in his debut year with the Austrian team and is having a hard time against the well-performing Max Verstappen as a teammate.

You only have to look as far as the qualifying statistics to see how much he's struggling. In qualifying, Verstappen has bested him seven times while Gasly, in turn, defeated Verstappen once in qualifying in Canada, when Red Bull made a mistake and the Dutchman didn't get through Q2.

Only George Russell and Sergio Perez have performed better than Max Verstappen in qualifying this year as eight times they out-qualified their respective teammates.

In terms of race finishes, Verstappen has finished ahead of Gasy at all eight races this year - the only 8-0 intra-team Sunday battle.

Gasly is not worried about the seat

But Gasly isn't worried about his current situation amid rumours that his time at Red Bull is running out.

"No one is happy but I'm the first one not happy with the performance, he said on Thursday. "I'm a racing driver and I feel we are far from showing the potential that we have.

"That's not pleasant and nobody is happy about it. At the moment, it's about trying to focus on putting everything together. From my side, there are things we can do better as well.

"We can all do better but we're clearly not showing the potential. That's the main thing to focus on at the moment."

Problems with the RB15

Gasly suggested after the French Grand Prix that there were problems with the RB15. The question is whether this is an excuse for his poor performance or whether there is actually a problem with his car, something that doesn't bother Verstappen.

"We have an idea where the problem is," he said. "This weekend it should be okay. I'm not going to go into it too deeply. We're working and developing to make sure we get the most out of the potential this weekend and that's what we're going to do."

The upcoming Grands Prix will be decisive for Gasly. If there are problems with the RB15, Red Bull will push to solve it but if it turns out to be an issue relating to Gasly, Helmut Marko will make a decision that will not be to the advantage of the Frenchman.

A member of the team told GPToday.net: "Pierre Gasly will really have to perform in the coming races. After the Austrian Grand Prix, the team will dismantle the complete RB15 at the Milton Keynes factory and check if there are any problems with the car.

"His chat with Nicolas Todt after the French Grand Prix last week was quite basic, but with a clear focus on the future.

"Marko wanted to know how Kvyat views Honda, Red Bull Racing and Christian Horner. Marko has indicated internally 'not to replace Gasly, not yet'. However, it seems that it is only a matter of time, and Kvyat is likely to make his comeback at Red Bull Racing after the summer break."