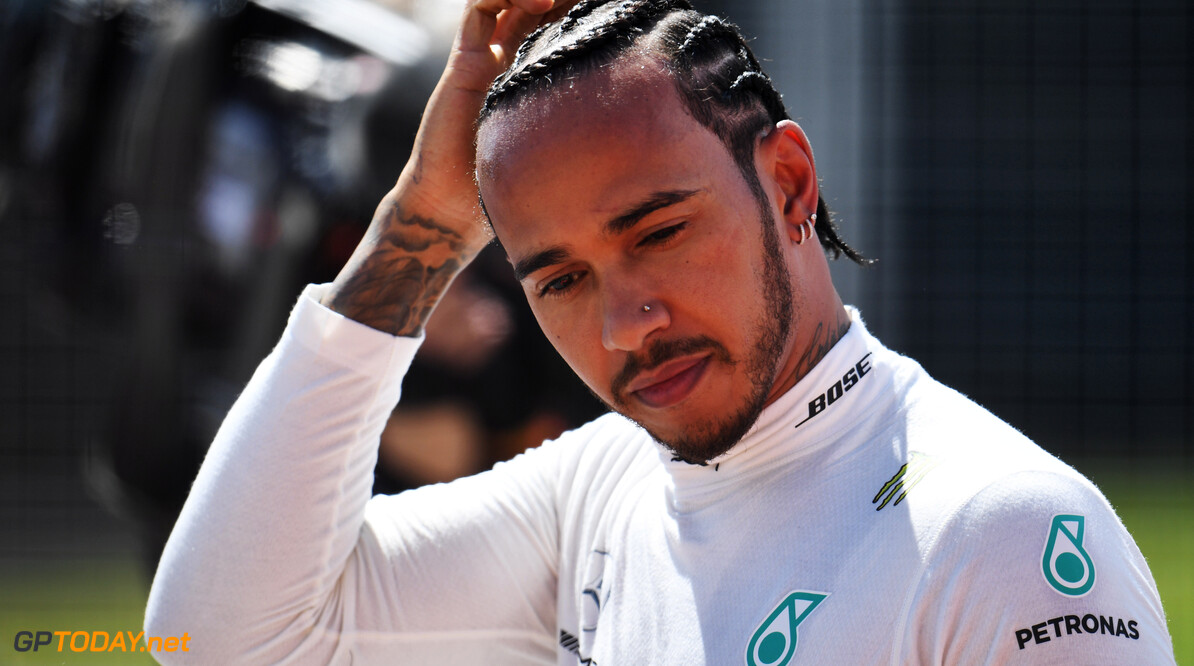 Hamilton: Matching win record in Austria not a priority

Lewis Hamilton says that matching McLaren's record for the most consecutive race wins by a single constructor is not on his list of priorities this weekend.

Mercedes can achieve its 11th win in a row on Sunday at the Austrian Grand Prix, something that has been achieved just once before by McLaren in the 1988 season.

MORE: Hamilton: F1 can't turn its back on British GP | Hamilton: Teams shouldn't be involved in designing the future of F1

The Silver Arrows' current streak stretches back to the Brazilian Grand Prix last year, while it has started the 2019 season unchallenged at most events.

Despite having the potential to reach the noteworthy milestone in Spielberg, Hamilton says that it isn't something that he's thinking about heading into the weekend.

"Maybe the engineers have a list of the records and that's something they take pride in," Hamilton said. "It's awesome when you can break a record but it's nowhere near the top of the list of priorities on a weekend.

"But it is remarkable to be in the 125th year of Mercedes-Benz history and be a part of helping them break barriers and records. I'm very proud to be part of that cycle."

Hamilton added that he is enjoying tallying more cars to Mercedes' history, as he reminisced about visiting the Mercedes-Benz museum over 20 years ago.

"The amount of cars I've already got in Stuttgart at the Mercedes-Benz museum is awesome," Hamilton acknowledged.

"I remember going there in 1996 or 1997 and seeing David Coulthard and Mika Hakkinen there, seeing all the cars they have there and wishing I had a car there. Now I have multiple. I'm enjoying continuing to put more in there."

Mercedes matched its best-ever streak of ten races in a row last time out in France, as it also achieved that run twice before in 2015 and 2016.