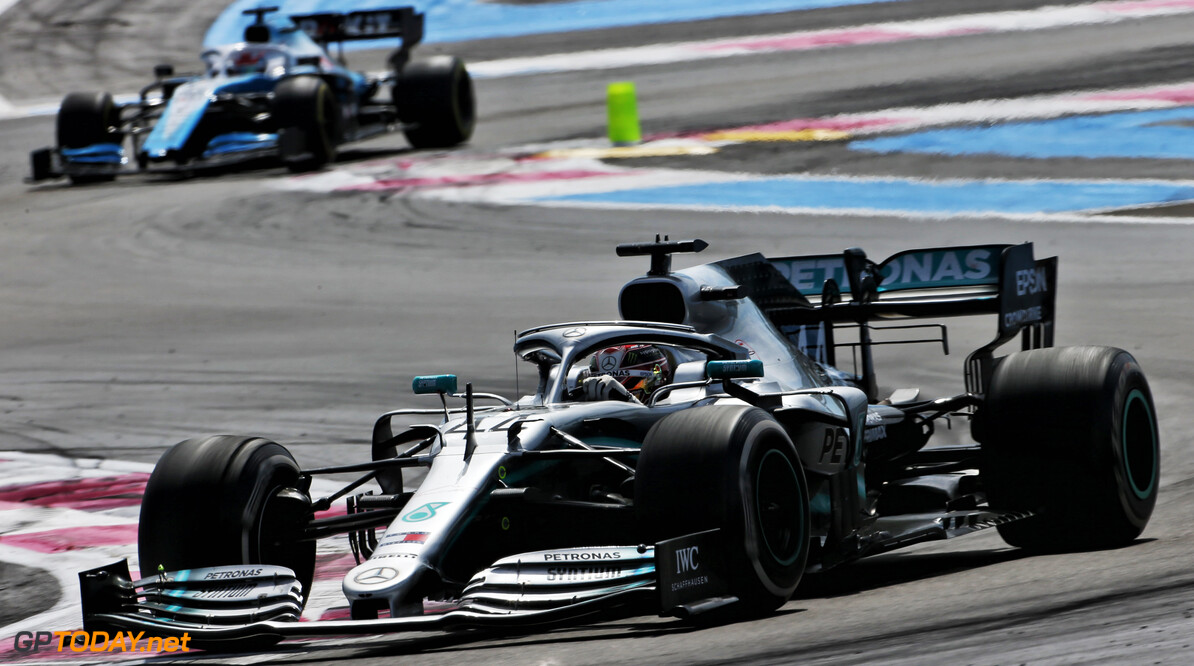 Hamilton: Teams shouldn't be involved in designing the future of F1

Lewis Hamilton believes the natural bias of Formula 1 teams means that they shouldn't be involved when it comes to making decisions regarding the future of the sport.

Earlier this month, it was confirmed that the new 2021 regulations would be signed off in October, delaying the original date at the end of June.

MORE: French GP: Hamilton dominates and wins ahead of Bottas

Teams are discussing the direction of the sport with FIA and Liberty Media, but Hamilton doesn't believe it should be that way, as he knows that teams will only input what they see will benefit themselves.

"Ultimately the FIA, they're the governing body. They need to make all the decisions," Hamilton said. "The teams shouldn't be involved in that in my opinion. The teams all want to do something for themselves.

"The boss might not like me saying that but ultimately, that's the natural thing with competitiveness. It's the same thing with football if all the football teams sat in a room and said 'the sport should be like this', they would push and pull for their own benefit.

"But if you get an essential group of people like the FIA and Liberty, their sole job is to make the sport great again. They should have the power and make the decisions."

Hamilton not encouraged by talk of heavier cars

However, Hamilton admits that he isn't encouraged about some of the rumours regarding the new cars that will be in use for 2021.

One suggestion is that the cars could be heavier, which Hamilton says will only worsen the current lack of on-track racing.

"Then again, they don't always have the right answer," Hamilton stated. "They're talking about making the car heavier. Why? They are already 130 kilos heavier than when I first got to the sport.

"What they don't know is that we have great brakes, they're as great as they can be.

"They're overheating and fading and if you make the cars 30 kilos heavier, it's worse for the brakes and you have to do more lift and coasting, more fuel saving."