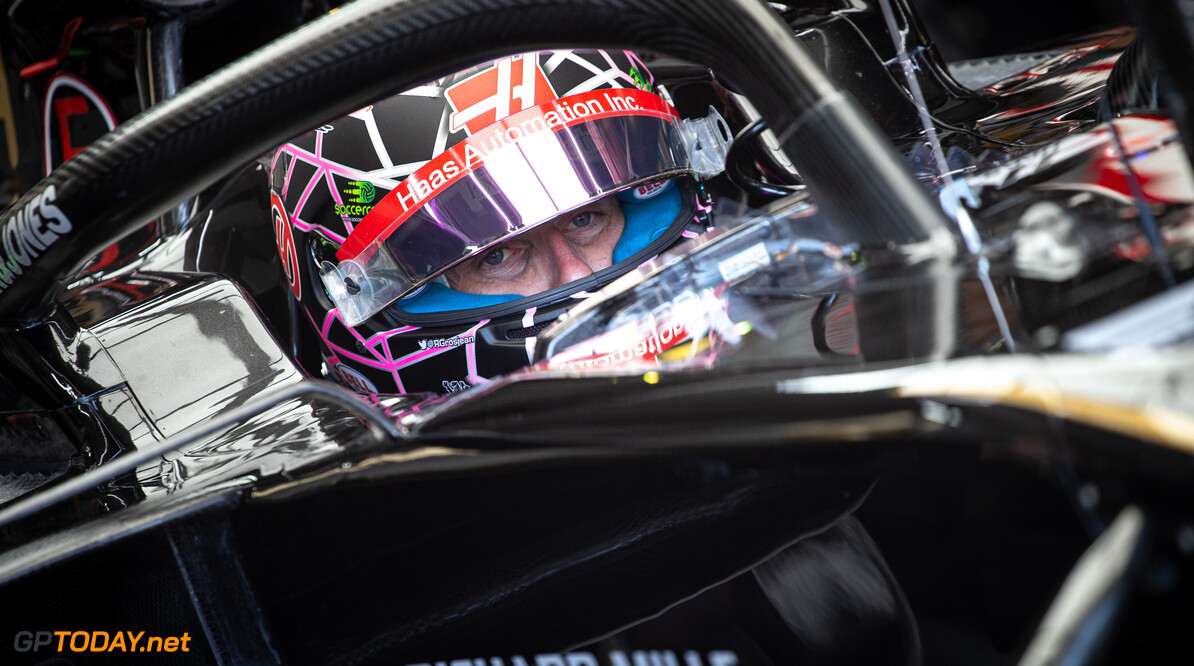 Grosjean 'gutted' not to have new suspension for home race

Romain Grosjean says he is "gutted" not to have the upgraded suspension that teammate Kevin Magnussen is running in France.

Grosjean says that the new suspension is powerful around the Circuit Paul Ricard, as he struggled throughout qualifying, failing to advance from the first stage.

The Haas driver is at a loss to explain his lack of pace, saying that it is not related to the tyres, which so far this year has been the American team's biggest gremlin.

"Kevin has a new suspension at the back which is pretty powerful here, and I'm pretty gutted to not have it for my home race," Grosjean said after qualifying.

"It has been a tough weekend up to now. In the morning, we were happier with the car but the pace is not very good.

"The car is very difficult to understand in terms of balance. The last lap was looking olay until Turn 9, when the rear went. I don't have any explanation, we just need to dig harder to understand and make the car better.

"It's hot and warm, there's a lot of energy going through the tyres, so we can't really blame them," Grosjean added.

Grosjean's weekend was hit with a number of problems, as he set just five laps in the opening practice session before his team discovered a water leak.

In FP2, he was forced to complete the session on one set of tyres due to a severe lock up on his first run, which required Haas to discard to ruined set.