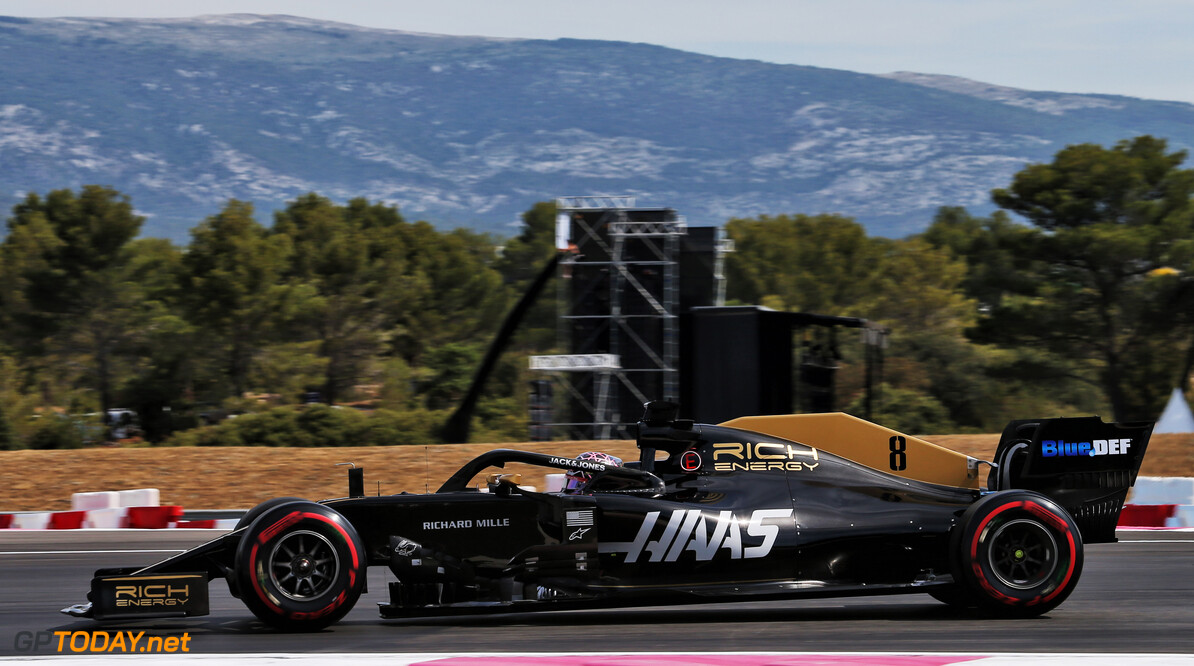 Grosjean endured his 'worst Friday of the year'

Romain Grosjean has described his Friday at the French Grand Prix as his and the team's worst of the year.

In FP1, the Haas driver was hit with a water leak which saw him complete only a handful of laps, putting him on the back foot compared to rivals.

In the afternoon, Grosjean locked up on his first run and was forced to discard the ruined rubber and complete the session on one set of tyres.

"It was probably the worst Friday of the year for us," Grosjean said. "It's okay when the car has a good balance and the baseline is good, but the baseline was very, very far from what we've been running at the end of the day. So it put us on the back foot.

"In FP2 I had a big lock up on the first attempt. There's no explanation for it, we need to analyse and understand what happened there. In the end, I ran five laps in the morning and one set of tyres in the afternoon."

However, the Frenchman admits that he felt positive with the high fuel runs during the session amid the struggles he was having to stay on the circuit.

"But with the high fuel, I was much happier," Grosjean stated. "I think we went in a good direction but it's a shame that we lost so much track time and we started so far off.

"The new tarmac is not great. As soon as your on the old part, it works well. But on the new part, it's slippery and not very predictable. Maybe it will get better through the weekend."