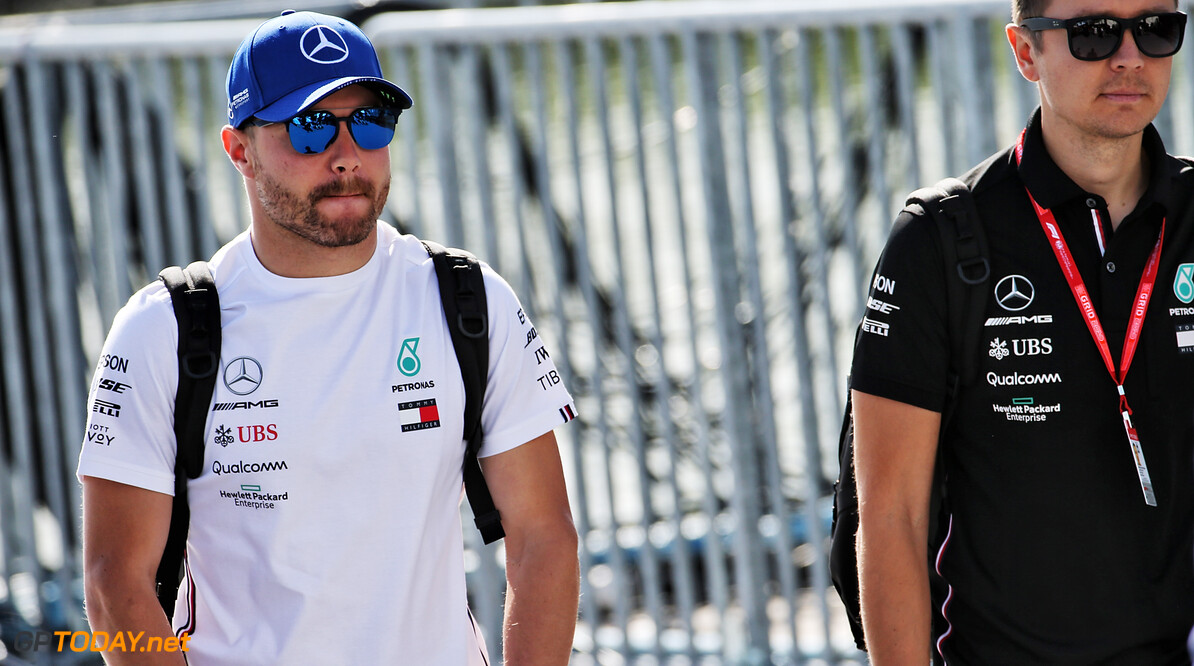 Valtteri Bottas believes that Ferrari could once again offer a challenge at the front of the field this weekend, as it did two weeks ago at the Canadian Grand Prix.

Ferrari, who seemingly has an advantage over Mercedes down the long straights, made good use of its strengths in Montreal by claiming pole position on Saturday and crossing the line first on Sunday (Sebastian Vettel's win was taken away due to a time penalty).

MORE: Wolff: Canada was a wake-up call for Mercedes

With the Paul Ricard circuit having some long straights of his own, Bottas says that Mercedes would be wrong heading into the French Grand Prix thinking that it is the favourites.

"Obviously, the cars are a bit different from last year, but there are some really long straights here," the Finn said. "And as we've seen, that's an advantage for Ferrari, especially in qualifying.

"So we're expecting a close fight and we're not coming to the weekend thinking that we are ahead. That's always the right mentality.

"We'll make sure we get the most out of our package in practice for qualifying and the race but I'm sure that there's a possibility for this to be a stronger track for us than Montreal."

With the Circuit Paul Ricard offering hundreds of potential layouts, Bottas believes that the current Grand Prix configuration would be better without the chicane in the middle of the Mistral Straight.

"It would be a lot better without the chicane, it would aid overtaking," Bottas commented. "There are tracks out there that are much more difficult to overtake than here, but it would make the track cooler.

"There would be some nice overtakes into the end of the back straight at very high speeds, so that would be cool."