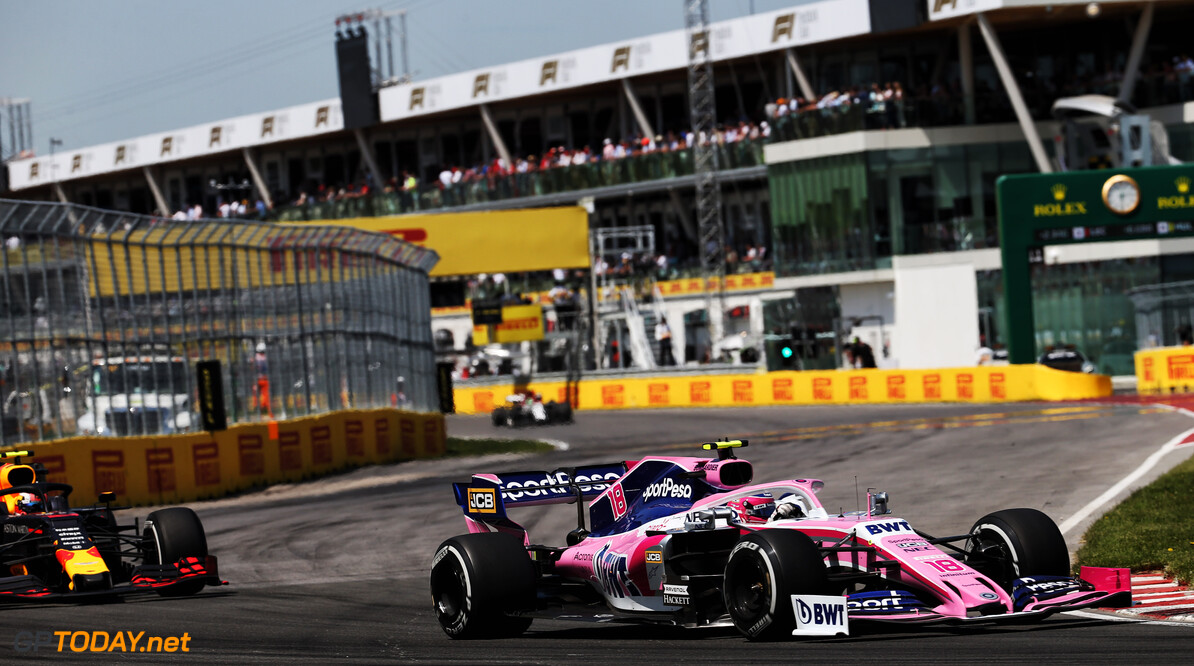 Stroll put emotions on the table en route to points

Racing Point's Lance Stroll has spoken out about his determination to score points at his home Grand Prix, despite having a disappointing weekend leading up to Sunday's race.

Stroll suffered an engine issue and fire in FP3 on Saturday, meaning the team had to revert to Mercedes old spec power unit, with the rest of the Mercedes powered cars using the upgraded Phase 2 unit.

On top of that, neither Stroll or teammate Sergio Perez managed to get into Q2 during qualifying. However, a quick opening lap propelled Stroll from his 17th place starting position and continued his charge up the field.

“I just put all my emotions on the table,” Stroll said. “It was just balls out. I loved every minute of it and I was fully committed from Lap 1 onward. There were some good overtakes like Giovinazzi and then Perez down at the hairpin.

“Finally completed the set with Sainz for P9. It was a great race and one that I am going to remember. A lot of the job was done on-track with the pace and passing aside from the start, that’s what I am really pleased about. We had to work for it and we got it done."

Stroll managed to finish in P9 ahead of the Haas of Romain Grosjean, his second time from three home Grands Prix where he has managed to score points.

Stroll scored his first F1 points at his home race for Williams in 2017, but an opening collision with Brendon Hartley retired the Canadian on the first lap during last season's race.

“To do it at home, it is always special," Stroll added. "Everything considering Saturday, with the engine blow up, it really put us on the backfoot with no running in FP3. We took a hit in terms of performance for qualifying and the race as well."